These iPad deals are for refurbished models, but Apple offers a full one year warranty on these iPads, just like the new ones sold in stores. Additionally, Apple replaces the outer shell on these devices so the iPads look like new. Apple refurbished deals are some of the best around due to these facts.

The current iPad models are the iPad 4 and iPad mini, both of which are on sale in the certified refurbished store on Apple.com. These are likely the best deals we will see until Apple announces the rumored iPad 5 iPad mini 2 later this fall. 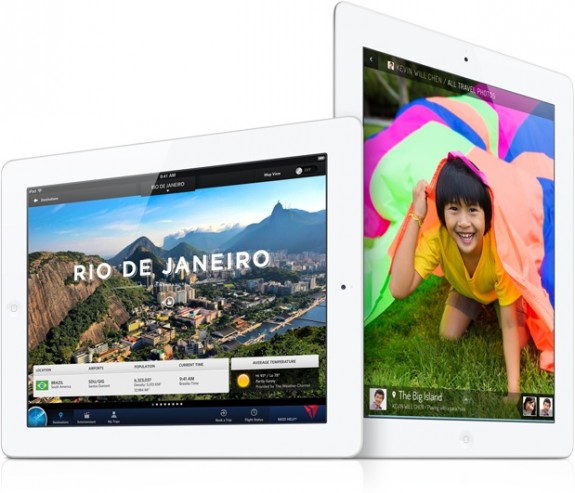 The iPad 4 features a 9.7-inch Retina Display and comes in 16, 32 and 64GB models with options for LTE on multiple carriers. The deal includes the WiFi only model as well as a Verizon iPad 4 with up to 64GB of storage and black and white color options.

There are no deals on the Sprint and AT&T models, but users who sign a two year contract with AT&T can get a $100 bill credit or $100 off their tablet purchase.

When it comes to the refurbished iPad mini deals, Apple offers AT&T and Verizon models for sale.

Users on a Family Share plan on AT&T and Verizon can add the iPad mini or full size iPad to their plan for around $10 a month. With Father’s day around the corner these are attractive prices we may not see again until later this year.