Apple’s betting big on a smaller iPad according to component suppliers.

The Wall Street Journal reports that Apple is planning to make more than 10 million iPad Mini tablets during the fourth quarter, nearly double the number Amazon is expected to manufacture in the same period.

Component suppliers, the smaller companies making parts for the iPad Mini, are typically loser with information than Apple. These companies were the source of many iPhone 5 rumors. 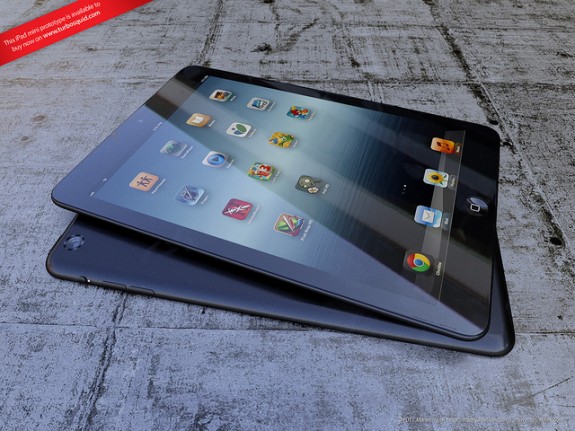 Render of the iPad Mini based on leaks.

iPad Mini production is reportedly underway in Brazil, but supply constraints may leave launch supply limited. Users looking to buy an iPad Mini at launch should plan to pre-order the iPad Mini if Apple offers one.

The iPad Mini is rumored as a smaller iPad with a 7.85-inch display, shaving almost 2 inches off the screen size of the New iPad’s 9.7-inch display. The latest rumors suggest the iPad Mini will use the same 16:9 aspect ratio as the iPhone 5, delivering more usable screen space for watching movies and HD content. Previous leaks and rumors pointed to a resolution and aspect ratio that matches the iPad 2, so this feature is still murky. 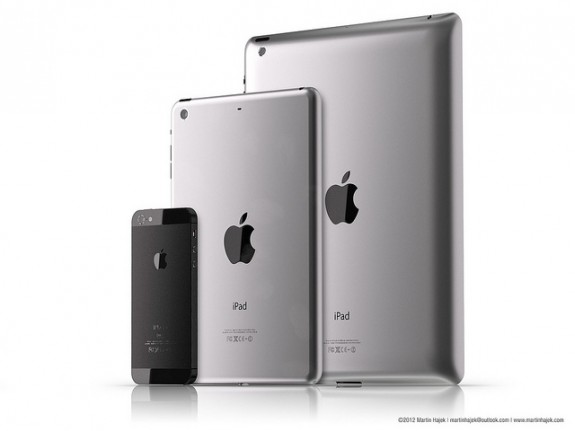 The iPad Mini may see an official announcement on October 17th with event invites arriving this week. The iPad Mini release date may not arrive until late October or November. Production issues could influence the release date.

iPad Mini cases include a camera, though Apple could choose to leave a camera off to keep costs down. We are hearing rumors of, and hoping for, 3G or 4G LTE connectivity on the iPad Mini.

We expect the iPad Mini to arrive with a $250 to $300 price, competing against the Nexus 7 and Amazon Kindle Fire HD tablets. Both of these competitors retail for $199, but Apple could choose to charge a premium to keep higher than average product margins.