After months of rumors for Apple’s 7.85-inch iPad Mini, parts for the fabled tablet are finally out on the web.

While the newly leaked ribbon is larger, and could fit in the iPad Mini, the headphone jack placement is strange. Our engineering samples for the iPad Mini had the headphone jack at the top of the device, on the side opposite the dock connector, not next to it. All previous leaks show speakers on either side of the dock connector, and nothing else. 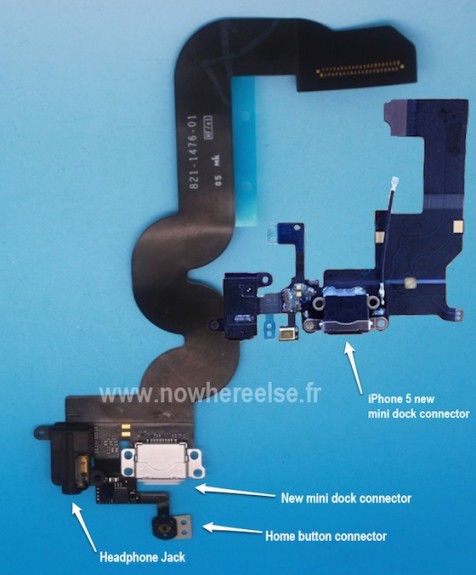 Everything else about the part looks like something from Apple, however. It looks like the flex cables in other iOS devices, and carries a similar part number.

The latest rumors say the Apple will announce the iPad Mini on September 12, the same day it announces the iPhone 5. We don’t know when Apple will release the smaller iPad, but users likely won’t have to wait too long after the initial launch to get their hands on the device.

Check out the latest iPad Mini rumors in the video below.