In my initial review of the iPad mini with Retina Display I stated that it was an almost perfect mobile device. That still holds. If you like a smaller Tablet form factor the iPad mini with Retina Display is a great choice. It is small enough to tote anywhere and powerful enough to handle just about any chore you can throw at it. Like its larger sibling, the iPad Air, it is a top of the line Tablet and, in my view, well worth the higher price compared to other 7 inch Tablets. If there’s a drawback for consumers looking for the smaller size form factor that higher price point is it. 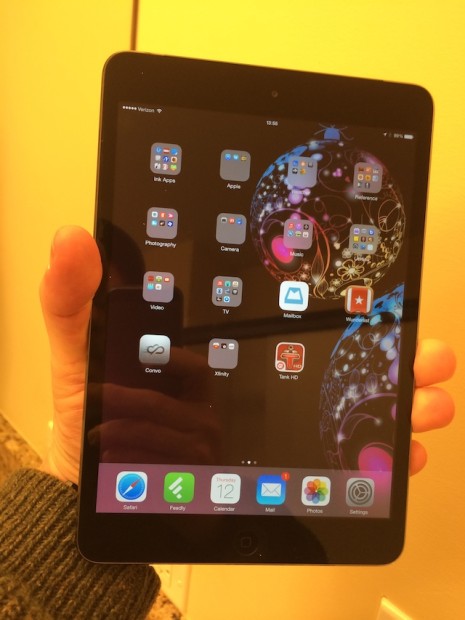 Quite honestly in my experiences with both the iPad Air and the iPad mini with Retina Display there is very little beyond size that separates the two new Apple Tablets.  Apple brought both iPads into line with the new versions as regards to processors, displays, and other specs. There are some differences between the two Retina displays, but they are minimal for most use cases. But, in my view, while both iPads certainly share some use cases when they almost interchangeable, there are distinct differences between users who want and need a full sized Tablet and those who want something smaller. It would be an easy shortcut to say the iPad mini with Retina Display is for those who are on the go and do more traveling. That may be true. But the new iPad Air’s smaller dimensions and weight make that shortcut less meaningful for some.

As a culture we are so obsessed with defining winners that so much commentary and criticism seeks to define a “best” in any gadget category. Comparing the iPad mini with Retina Display and the iPad Air certainly isn’t an apples and oranges debate given their similarities. But the distinction becomes both clearer and also harder to draw when it comes to choosing between the “winning” size of a Tablet.  In days past those who preferred smaller devices knew their preferences came with trade offs in performance, battery life, and other features. That is no longer the case as far as iPads go, and thus I would offer there is no “best” size. 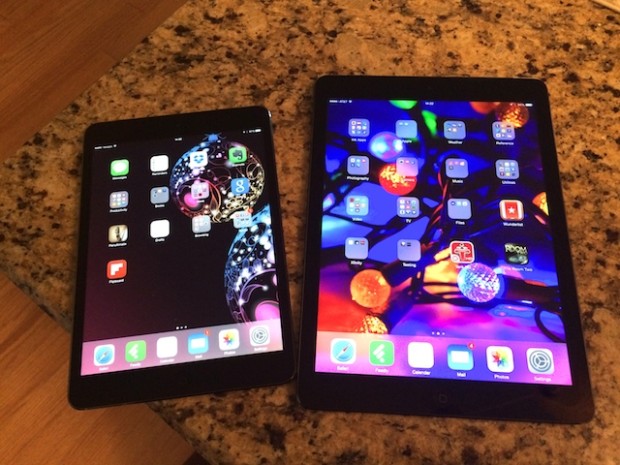 What draws me to the iPad mini with Retina Display is what draws me to the iPad Air and to Tablets in the first place. I can carry and hold much of my work and my recreation with me in a device that lets me enjoy both of those broad aspects of my life wherever I choose to be. For me, what distinguishes the iPad mini with Retina Display from its larger sibling is that the smaller size is easier to slide into a jacket pocket. Thus it is available for unexpected moments when I need to respond to an email, review a document, or want to do some recreational reading or gaming. The choice for me is really that simple.

But for the many consumers who aren’t going to own both iPads making that size choice can be a more difficult decision. As I said earlier, the shortcut of being more mobile is certainly one way to look at and try to define that choice and perhaps that’s all we are left with in the end. Here are the few situations in my personal use case where I prefer the iPad mini with Retina Display to the iPad Air: 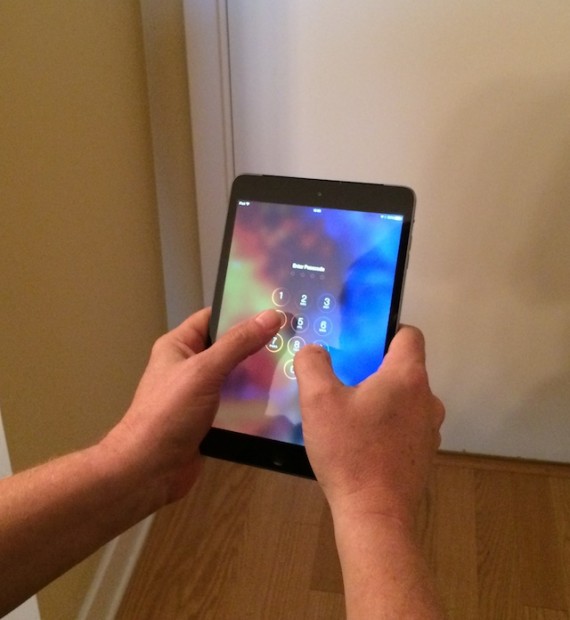 There’s a distinction between the 7 inch Tablet form factors that sets the iPad mini with Retina Display apart from others such as the Nexus 7 or the other just released Google Play Tablets. The iPad mini with Retina Display is slightly wider and for some with small hands may not be as easy to grip with a hand wrapped completely around the device.

I do notice more of difference a retina display brings on the iPad mini with Retina Display than I do on the larger iPad. Perhaps that’s due to the higher pixel density. I’m not sure. I notice this being the case especially in reading. I am able to read longer without my eyes tiring than I was with the previous iPad mini. 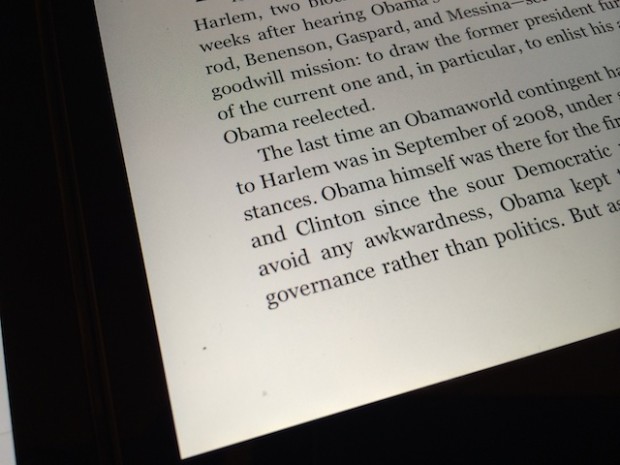 Read: Comparing the iPad mini with Retina Display with the Original iPad mini

Like all of Apple’s new iOS devices this year, the iPad mini with Retina Display contains the new A7 chip with a 64bit architecture that promises to yield benefits in the future as developers begin to take advantage of the new instruction set designed for that chip. This is one area where I think the higher price point argument could be viewed as a value argument.  These new iOS devices should be seeing advances in Apps about the time everyone starts getting excited about the next round of iPhones and iPads. For some consumers purchasing an iPad is probably viewed as at least a two year investment. My hunch is that this year’s devices could easily be viewed as having great value beyond that mark. Apple calls these desktop level processors and “forward-looking.” Apple may not be looking quite so forward to the number of 2013 iOS device purchasers who feel quite comfortable holding on to those devices into the 2015 cycle or beyond. 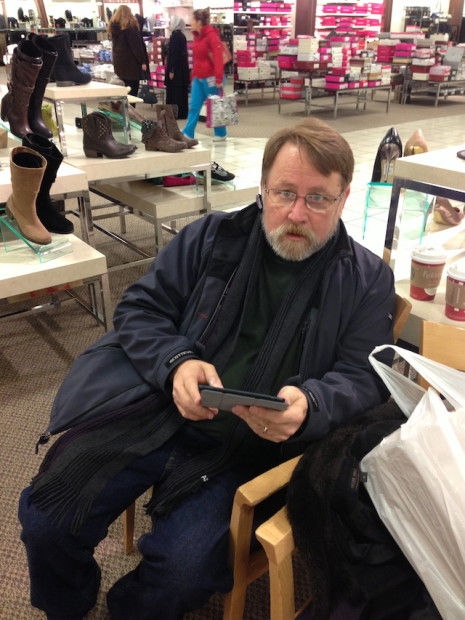 When I wrote the first review of the iPad mini with Retina Display I said the new smaller iPad looked like it would live up to its promise and that I had a hard time using the device enough to see remaining battery life reach a level of 10% or less. That’s still true. In my normal use I don’t even worry about the battery life on this device at all. I plug the device in at night more to make sure that the iCloud backup is done than I do to recharge the battery.

As someone who has uses the iPad mini with Retina Display alongside the iPad Air since their release there’s not many more observations I can make as to the specifics of the smaller iPad mini. The differences in my view rest solely on size and how that affects my, and possibly your, use case. Even though there are a some instances, such as reading, where the smaller form factor works better for me, that’s really more of a personal preference than it is an distinction.

Read: Alone on a Desert Island: Which New iPad to Chose?

I don’t envy anyone trying to make a decision between the two sizes. But, if you have already decided that the 7 inch form factor fits your needs, you certainly can’t go wrong with an iPad mini with Retina Display. It is a great Tablet today and will be for awhile yet. The higher price point of iPads might segment them as more of a premium purchase. I don’t see that as an issue for those willing and able to pay the freight, because the iPad mini with Retina Display, like the iPad Air and the iPhone 5s,  is a premium Tablet in every way.