The iPad mini reviews are in, offering opinions on the design, smaller screen, lack of Retina Display and older processor.

For the most part, the iPad mini reviews are positive, though the lack of a Retina Display is a glaring issue for many reviewers, though maybe not for the mass market.

The iPad mini with WiFi will arrive in stores and on doorsteps on Friday, and the 4G LTE model is still pegged at mid-November, though that date is up in the air as Apple removed deliver dates from pre-orders.

The real test comes this holiday shopping season, when the iPad mini arrives on retail shelves next to the Nexus 7, Nook Tablet HD, Microsoft Surface and iPad 4th generation. 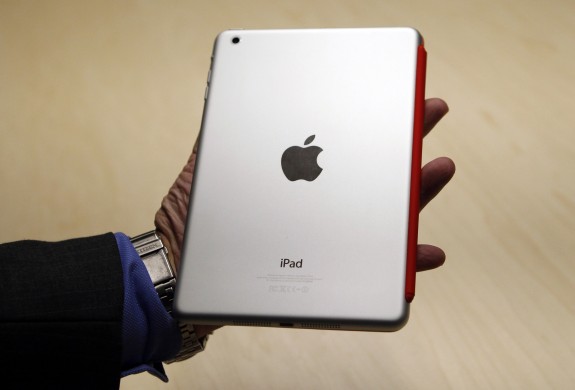 The iPad mini offers a new look, in a smaller package. REUTERS/Robert Galbraith

The New York Times offers up an iPad mini review alongside reviews and information about the Nook Tablet HD and the Microsoft Surface.

But the iPad Mini is a far classier, more attractive, thinner machine. It has two cameras instead of one. Its fit and finish are far more refined. And above all, it offers that colossal app catalog, which Android tablet owners can only dream about.

Joshua Topolsky takes a look at the iPad mini, offering up a to the point video review of the device that answers most questions remaining for those who pre-ordered the iPad mini.

That’s only half the story, however. There’s no question that to the naked eye this screen does look lower in resolution than its nearest competition. Pixels are noticeable, especially in webpages, books, and when viewing email — and that can be distracting sometimes. Since Apple is the company that’s gotten our eyes used to the hey-look-no-pixels trick of the Retina display, it’s hard to take a step back and not notice. I don’t think the lower resolution is a deal-breaker in this product, but it is a compromise you have to be aware of. It simply doesn’t look as clear as other products on the market. 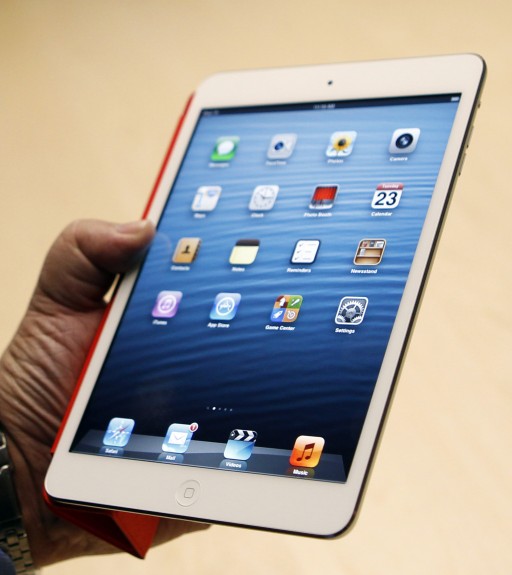 At The Loop Jim Dalrymple shares how the iPad mini finds a spot in his workflow, alongside the iPhone and the full size iPad. Dalrymple also looks compares the iPad mini to the Surface and Android competition in terms of build quality.

I am a firm believer in “you get what you pay for.” The iPad mini is a perfect example of that. If you want to save $50 and buy a cheap-ass tablet, go ahead. If you want quality the iPad mini will be waiting for you when you come to your senses.

At Daring Fireball, John Gruber talks about the non Retina Display used in the iPad Mini and longs for the iPad mini 2nd generation.

If the Mini had a retina display, I’d switch from the iPad 3 in a heartbeat. As it stands, I’m going to switch anyway. Going non-retina is a particularly bitter pill for me, but I like the iPad Mini’s size and weight so much that I’m going to swallow it. 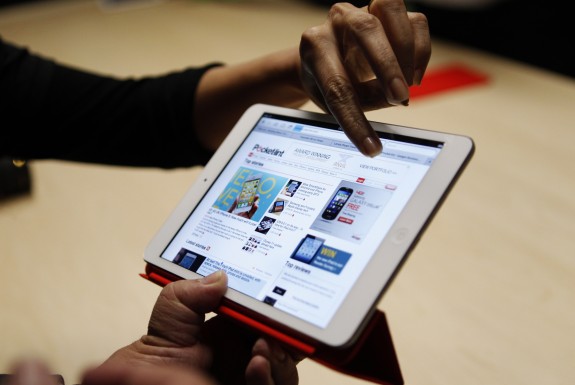 The iPad mini arrives in black and white this Friday. REUTERS/Robert Galbraith

This isn’t just an Apple tablet made to a budget. This isn’t just a shrunken-down iPad. This is, in many ways, Apple’s best tablet yet, an incredibly thin, remarkably light, obviously well-constructed device that offers phenomenal battery life. No, the performance doesn’t match Apple’s latest and yes, that display is a little lacking in resolution, but nothing else here will leave you wanting. At $329, this has a lot to offer over even Apple’s more expensive tablets.

The iPad Mini costs too much, especially considering the lower resolution of its 7.9-inch non-Retina Display. The A5 processor isn’t as robust as the one in the fourth-gen iPad and iPhone 5. Typing on the smaller screen is not quite as comfy

More on the iPad mini

For more, check out our iPad mini coverage.