iPad Mini to Be Thinner Thanks to New Touchscreen Tech

Apple’s oft-rumored 7-inch iPad slate, dubbed the ‘iPad Mini,’ may be significantly thinner than anything we’ve seen so far from the company thus far due to a new touchscreen technology that will make the touch panel slimmer, thereby benefiting the overall thickness of the device. Speculations behind the thinner panels come by way of DigiTimes, and as the site has a mixed track record on reporting on Apple rumors, this information should be considered a rumor at this time.

The smaller version of Apple’s new iPad, rumored to be called iPad Mini, is said to feature the G/F2 technology, with Nitto supplying the key thin-film materials, and Nissha Printing and TPK producing the touch screens, the sources said. Wintek, another touch module supplier for Apple, does not have thin-film touch capacity, the sources addded. 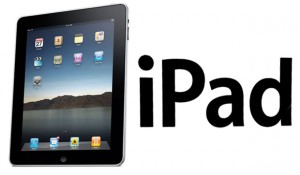 According to the publication, Apple has commissioned Nitto Denko to make the panels and the G/F2 technology will be used to make the touch screens. The overall display will measure 7.85-inch diagonally, which is slightly larger than the 7-inch panel on Android slates today, such as Amazon’s Kindle Fire tablet and all generations of Samsung’s Galaxy Tab 7-inch models.

Using the G/F2 design will help reduce costs and will also make the iPad Mini thinner than previous iPad models since it will have one less layer of film than the G/F/F (glass/film/film) structure, according to sources. The G/F2 structure places the electrode on the top and bottome ends of the ITO film, which will then be laminated onto the cover glass.

Given the success of the Amazon Kindle Fire tablet at the low price point, there has been downward price pressure on other Android tablet manufacturers. Samsung had introduced its Galaxy Tab 2 7.0 model at a huge reduction in price compared to the price that the original Galaxy Tab 7.0 had debuted at.

Prior speculations suggest that the iPad Mini will be targeted at the $200-$250 price point to compete against low-cost Android slates. As Apple has a solid ecosystem behind its iOS mobile products, which includes the iPad, iPhone, and iPod Touch, theoretically the company can undercut its Android competitors and even sell the hardware at a loss and recuperate costs through sales of content, which includes apps, TV shows, music, movies, digital books, magazines, and other subscriptions.

DigiTimes estimates that Apple will move between 7 and 10 million iPad Mini tablets in 2012 alone.

Apple’s largest rival, Google, is also speculated to be bringing its own branded tablets thanks to partnerships with OEMs; those tablets will be priced competitively with the Kindle Fire and the first of which is rumored to be made by Asus.