In just a few short weeks, Apple is going to announce a brand new iPad mini, a device that is currently dubbed iPad mini 2. The company hasn’t announced anything yet, it hasn’t even announced an iPad launch date, but it’s clear, thanks to credible leaks, that the iPad mini 2 is on its way and will like replace the iPad mini as the company’s flagship on October 22nd.

Last year, Apple finally delivered on rumors that had hung over the company for years. Rumors had suggested that the company would finally offer consumers a smaller version of the iPad to compete with the hordes of Android tablets that had hit the scene alongside Android Honeycomb back in 2011. And in October of last year, several months after the arrival of the first Nexus tablet from Google, Apple unveiled the iPad mini, a 7.9-inch slate that it paired up with the full-size, 9.7-inch iPad 4.

The device arrived to great fanfare, fantastic reviews and positive sales numbers, sales numbers that reportedly passed the larger iPad as the months went on. So, it came as no surprise to anyone that Apple was working on a second-generation iPad mini, a device that is being called the iPad mini 2, and one that has leaked out extensively over the course of 2013.

The iPad mini 2 has dominated rumors in recent months, first with vague leaks, then with more specific ones, then with full-on photo ops. The device hasn’t been able to stay in the shadows. Then, earlier this month, credible reports finally revealed one of the last missing pieces to the puzzle. While Apple hasn’t announced anything yet, the iPad mini 2 is all but certain to be touching down on October 22nd and it is there, that it will replace the last generation version of Apple’s smaller slate.

With that in mind, many are wondering how it might stack up next to Apple’s first iPad mini. Here, we take a look at how we expect the iPad mini 2 to compare to the iPad mini.

The iPad mini is still being sold through the Apple Store and it will continue to be sold through Apple and various retailers until the iPad mini 2 arrives later this year. That’s certain. What isn’t certain is what will happen when the iPad mini 2 does finally get announced as there isn’t a history of iPad mini launches to draw from for information.

Apple’s October 22nd launch event is a sign that the iPad mini 2 release date is close. The company always reveals a release date at its launch events and given that the holiday shopping season is coming up, it’s no surprise that Apple is working to get the device out ahead of Black Friday. Apple tends to release products about 10 days after it launches them so November 1st, a Friday, is looking perfect for a release. 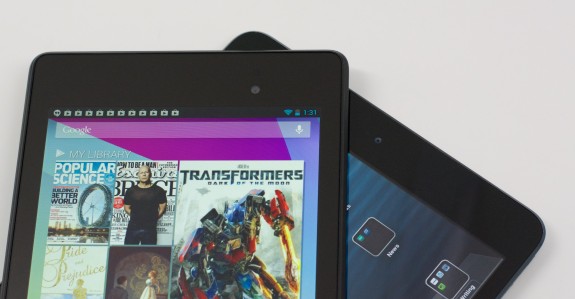 So what does that mean for the iPad mini? We expect Apple to keep the iPad mini without Retina Display around a low cost alternative to Android tablets. While it’s hard to think that the device would get a $100 price cut like the iPad 2, it could be that Apple slashes some of the price down, making it an attractive option for those that don’t need a better screen or the other bells and whistles.

It could be that Apple eliminates the current iPad mini and simply offers the current iPad but we’ve seen the company offer older, cheaper versions of its other older devices so we think there is a good chance that it might stick around.

Thanks to copious amounts of leaks, we have a pretty good about to expect from the overall iPad mini 2 design. Those familiar with the design of the current iPad mini are going to have an idea about what to expect because the device isn’t thought to be different from the current version of the iPad mini. 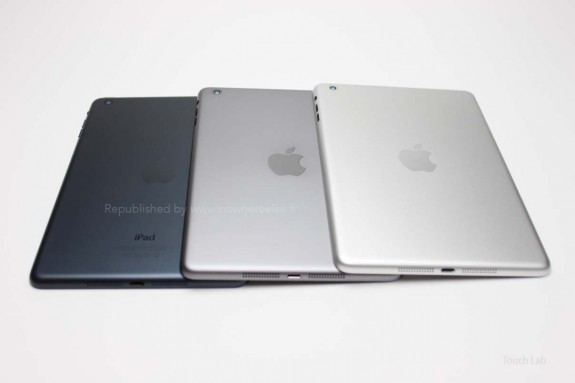 iPad mini 2 leaks have shown off a back shell similar to the one found on the current model and there is no indication that the dimensions will be any different from the iPad mini. In fact, we expect the designs to be exactly the same. Apple is known to utilize designs for a couple of years before altering them. Those needing examples only need to look at the iPhone 5 and iPhone 5s or the iPad 3 and iPad 4.

What this means is that the device should share the same anodized aluminum back, the same thin bezels up front, 7.2mm form factor that weighs a mere 308 grams, give or take.

The iPad mini received great reviews though many pointed out the fact that the device was missing the company’s iconic Retina Display that is found on board the larger iPad. Instead of a Retina Display, the device came with a LED-backlit display with 1024-by-768 resolution at 163 pixels per inch. This simply wasn’t as good as the resolution found on competitors like the Nexus 7.

This year, Google has upped the ante with a new Nexus 7 that boasts the same 7-inch screen size but features 1920-by-1200 resolution with 323 pixels per inch, meaning, it delivers fantastic quality to its users. One of the biggest rumors surrounding the iPad mini 2 is whether it will come, this year, with a new Retina Display.

Analysts have been going back and forth and rumors suggest the display will put the iPad mini 2 in short supply when it does arrive. At this point, it would be shocking to see Apple release an iPad mini 2 without a Retina Display in 2014.

For one, Apple loves to please its customers and it knows the single biggest feature that this iPad mini could have is a new high-res display. Second, without any noticeable design changes, it’s clear that Apple has focused on hardware upgrades and the Retina Display is the most prominent of those. And third, Apple loves to squash the competition and with Google and Amazon with its new Kindle Fire HDX upping the competition with their displays, it would be shocking to see Apple keep the same display knowing it’s what people want. That said, expect the display on the iPad mini 2 to blow away the display on the iPad mini.

As for the rest of the iPad mini 2’s hardware, we fully expect Apple to make several changes as it looks to offer upgrades over its predecessor. Historically, Apple has upgraded the processors and cameras and this year, the iPad mini 2 is rumored to have both changes on board.

Rumors suggest that the device will move from a 5MP camera to an 8MP camera with respected analyst Ming-Chi Kuo, analyst with KGI Securities, predicting a larger aperture. The improvements could lead to better photos, particularly those shot in low light. It would also allow the device to take advantage of several features, should it run a next-generation processor, including:

Processor rumors are scarce though it wouldn’t be surprising not see Apple move away from the dual-core A5 chip found inside the iPad mini. An A6 or A7 chip should be expected with our money on an A7 chip with 64-bit support, something that Apple introduced with the iPhone 5s. There are also some flimsy rumors pointing to a fingerprint sensor. It’s possible but given the lack of leaks, it’s not guaranteed.

No doubt about it, the iPad mini 2 will come equipped with iOS 7, Apple’s brand new operating system that arrived last month alongside the iPhone 5s and iPhone 5c. The update also came to the iPad mini, its first major iOS update, since it launched last year with iOS 6.

This means that, at the very least, the iPad mini 2 will come equipped with everything that the iPad mini can take advantage of in iOS 7. At the very best, it will come with some of the unique software features found on the iPhone 5s including TouchID with the fingerprint sensor, and perhaps, slow-motion video as well.

We typically don’t see Apple devices cruise through the FCC ahead of time so it’s impossible to confirm what carriers will be offering support for the iPad mini 2 at this point. What we do know is that the iPhone 5s launched on four of the five largest carriers in the United States, the first time that an iPhone has done that right off the bat.

What this means is that a release on the 4G LTE networks of AT&T, Sprint, T-Mobile and Verizon is not out of the question and it seems likely given that the iPad mini was released on the same launch carriers as the iPhone 5 which included AT&T, Sprint and Verizon.

Consumers shouldn’t expect the iPad mini 2 to land on the same regional and pre-paid carriers that the iPhone 5s landed on as Apple has not shown a willingness to expand its coverage beyond the major networks in the U.S. 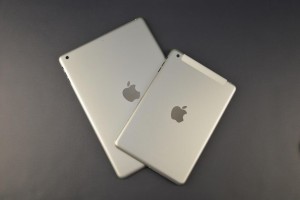 We haven’t seen any iPad mini 2 rumors creep to the surface just yet but that isn’t surprising as they rumors of this nature typically don’t emerge until a few days before an event. When and if they do surface, it’s hard to think that they will offer anything other than the same price tag that we saw with the current version of the iPad mini.

Apple has shown a willingness to keep prices the same, even after heavy upgrades. So at this point, it’s hard to expect the company to throw that model aside and unleash a price that is slightly or vastly different from the current price tag.