Despite many tablet manufacturers’ best efforts at producing a tablet that lends to increased business productivity to target the enterprise market, the market-leading tablet, Apple’s iPad, is still mostly used for consuming content rather than producing content. The latest research conducted by the Consumer Intelligence Research Partners reveal that the iPad is still being used mainly to browse the Internet, play games, and enjoy entertainment, which includes ‘watching video, looking at photos, and listening to music.’ 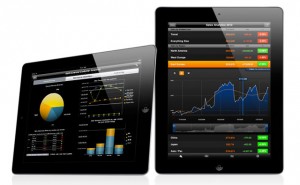 Business use came in fourth, reported eWeek, and only 13 to 16 percent of iPad owners reported using their tablets for business use.

The Consumer Intelligence Research Partners report come out at a time when Microsoft is trying to target consumers and enterprise customers this fall with its Microsoft Surface tablets, which will have a keyboard smart cover for enhanced usability. Samsung, which is getting ready to launch its Galaxy Note 10.1 with an active digitizing pen for better productivity, is also trying to enhance business use with its Android-based tablets.

Interestingly, though, it seems that 3G/4G connectivity in a tablet does not really affect business use of the iPad and usage behavior between the 3G/4G iPad and the WiFi-only model is the same. What made the difference, according to the CIRP report, is that “Buyers that have iPads with more storage use the iPad for more serious purposes, such as business.”

With its latest third-generation iPad, Apple has been attempting to position its tablets in a more aggressive way towards productivity than ever before. The company already released its own paid apps for creating, editing, and viewing documents, spreadsheets, and presentations on the go called Pages, Numbers, and Keynote. Additionally, Apple has expanded its own iLife offerings by introducing iPhoto that has more functionality than the standard Photos app, and provided updates to Garage Band and iMovie. Rivals such as Asus and Samsung are trying to differentiate with new form convertible form factors giving users the portability of a slate and the convenience of a keyboard when needed in a compact package.