What’s it like to use the new iPad Pro? After rushing out to the Apple Store to be one of the first shoppers to buy the 12.9-inch tablet I spent the last 24 hours using the 128GB iPad Pro to see how it fits into my daily life.

The results were a little surprising, including the need to spend more money on at least one accessory to make use of the new iPad and issues with apps.

Apple started selling the iPad Pro in stores on Wednesday November 11th, and here’s what I learned after spending $949 on the 128GB model. 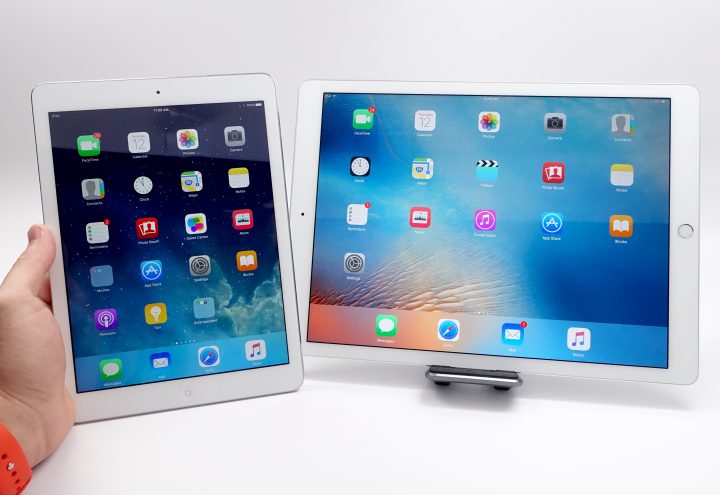 Here is what I learned after using the iPad Pro for 24 hours.

The iPad Pro is Big

The iPad Pro is comically large when you first take it out of the box. With a 12.9-inch display, this is a very big device, but after a few minutes of jokes it’s easy to get over just how huge it looks.

In the image below, you can see that the screen is big enough to just about fit two iPad Air screens side-by side. 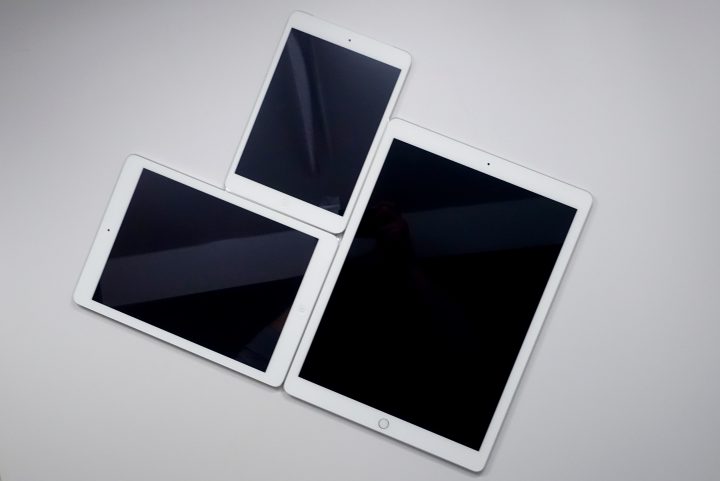 The iPad Pro is a big device.

Even though the iPad Pro is a big device, it is still pretty easy to carry at 1.57 pounds and it is thin. I carried it around the house and on a short day trip without worrying about a drop or that it was too heavy or large to hold as a tablet.

If you plan to use the iPad Pro as a digital companion to carry around a medical setting, taking notes with the Apple Pencil, the size and weight may wear on you, after a few hours.

Where are the iPad Pro Apps?

Apple doesn’t yet offer an iPad Pro apps section on the App Store, and after using the new iPad, it is clear that developers need to update the apps for this huge screen. Here are the key areas we need to see improvement.

Some apps straight up don’t work. Spotify crashes as soon as I open it on the iPad Pro, which is a shame because the speakers are impressive.

When you open an iPad app on the iPad Pro that is not updated, you get the same keyboard as on the iPad Air, which is huge and looks out-of-place on the 12.9-inch screen. When opening an optimized app like Slack or Pages, you get a keyboard that shows a number row, faster access to punctuation and many more keyboard shortcuts.

Yes, it is just the first day and we should see improvement, but I’m not a fan of the scaling and keyboard options that the iPad Pro uses for apps that have not been updated.

The 12.9-inch iPad Pro display looks great and it does deliver a huge canvas to work on or to watch some entertainment. 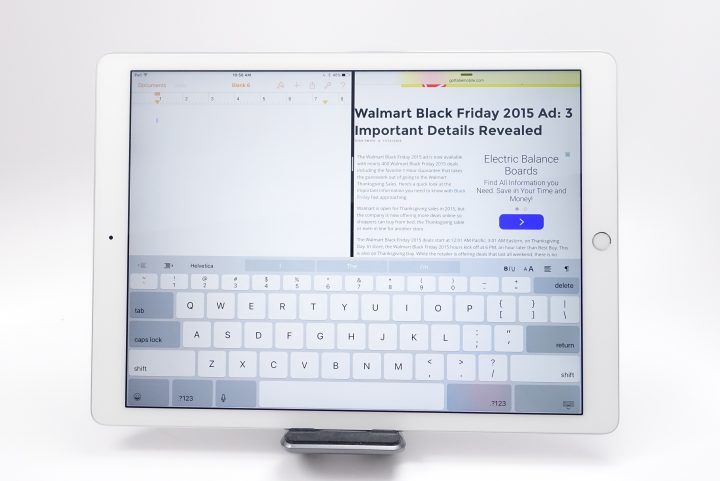 The iPad Pro display looks great and delivers a nice place to use two apps.

I spent the end of Wednesday working on the iPad Pro and I really like the screen. Even though the apps that aren’t update may look odd, the quality of the display is good.

I watched part of an iTunes movie and Master of None on Netflix, and both looked very good on the screen.

With options to run two apps side-by-side on the screen it is possible to do work right out of the box, but you really do need some accessories.

There is no getting around the fact that you need an iPad Pro keyboard. Yes, it is possible to do some work on the screen with two apps side-by-side, but if you want to use this to replace some of your laptop needs or to get real work done that involves typing you should get a physical keyboard. 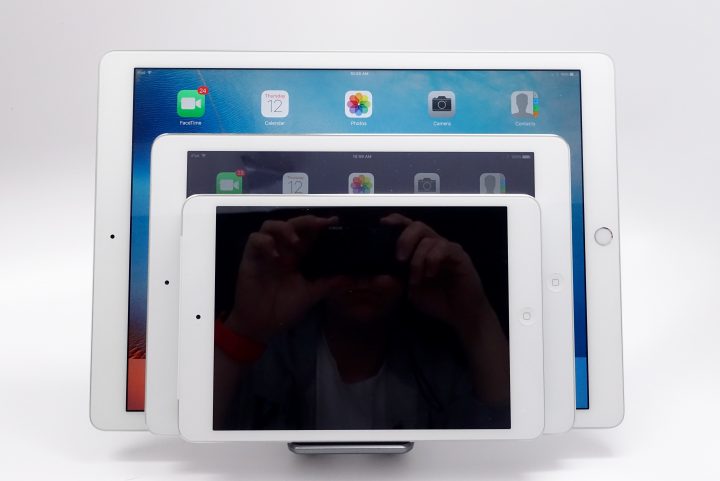 You may not need the Apple Pencil, but you will want an iPad Pro keyboard.

Apple acknowledges this with the new Smart connector that can power a keyboard accessory. Unfortunately the company did not have the Smart Keyboard in stock on day one, with shipments in 3-4 weeks.

I’m already looking into other options like the Logitech Create iPad Pro keyboard with backlit keys and the Zagg Slim Book for iPad Pro. In the meantime I am going to try using the new Magic Keyboard.

The new iPad Pro packs in a powerful processor that makes switching apps and using the split screen multitasking lightning fast. in the last 24 hours I haven’t found an app to push the iPad Pro to its limits, but I am testing out Guitar Hero Live and other games to see how well the iPad handles demanding apps from a consumer standpoint. 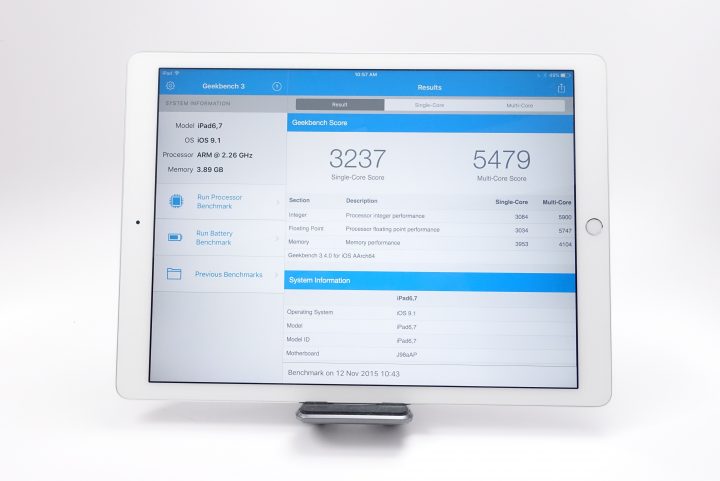 The iPad Pro is powerful, but I’m still looking for apps that push the device to the limit.

Apple’s decision to include four speakers is great, and the iPad Pro delivers better sound that any other iPad I’ve used.

I’m not impressed with the camera quality of the rear facing camera. Even in decent light there is a lack of definition in the photos it takes. It seems better suited to scan in documents with an app like Scanner Pro than to document a precious moment. You’ll want to shoot photos and videos on your iPhone or a dedicated camera and then pull them over to edit in iMovie.

The iPad Pro charges with a standard Lightning cable and power adapter, and so far the battery life is good.