It’s been a mystery as far as when the iPad Pro release date would get here, but Apple has announced that you’ll be able to buy an iPad Pro later this week.

The iPad Pro was announced and unveiled back in September during the company’s iPhone 6s event where they also announced the new Apple TV.

The new tablet’s design remains similar to that of the iPad Air and iPad mini lineup, but with a couple of major differences, the biggest being a larger 12.9-inch screen compared to the 9.7-inch display of the iPad Air series.

The iPad Pro also comes with stereo speakers, a dock connector for connecting to Apple’s keyboard attachment (and hopefully more accessories in the future), and faster internal components all around for improved performance over the iPad Air 2, thanks to an Apple A9X processor with 4GB of memory, making it the fastest iPad yet.

The size of the iPad Pro pretty much makes it as large as the 13-inch MacBook but with a much thinner body.

However, one detail that many users have been looking forward to was the iPad Pro release date, which Apple has been really quiet about until today.

Apple has announced that the iPad Pro release date will arrive on November 11 when buyers will be able to purchase the iPad Pro online. The Smart Keyboard attachment and the Pencil stylus will also be available to order on this date as well.

Read: 4 Things to Do Before the iPad Pro Release Date

However, for those looking to buy the new tablet in stores won’t be able to do so until later in the week, but no specific release date has been disclosed as far as when that will be. Apple says that you’ll be able to buy the iPad Pro at “Apple’s retail stores, select carriers and Apple Authorized Resellers” when the tablet is eventually ready for in-store purchasing.

If you don’t want to wait until Wednesday to order an iPad Pro, you can actually order one right now from a small variety of retailers, including Sam’s Club, MacMall, and Staples. However, the downside is that these stores are expected to launch the tablet until after this week, so you could be waiting a bit longer for your unit to arrive even though you ordered it sooner. 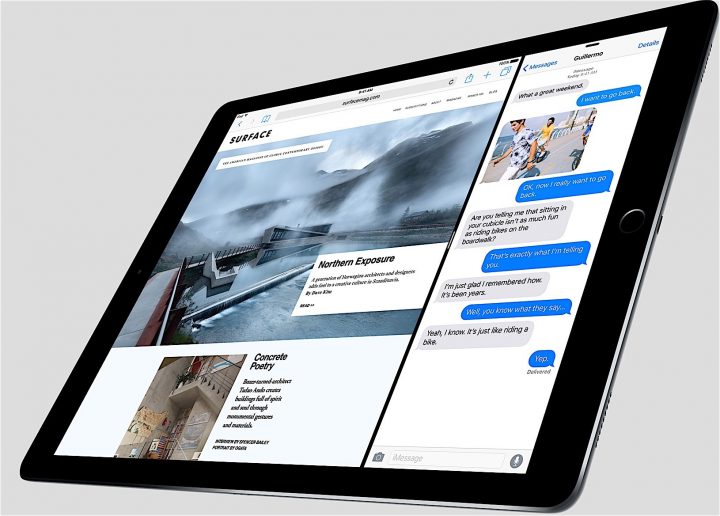 With that said, it’s probably a good idea to mark your calendar for November 11 and order your iPad on Apple’s own website if you don’t feel like buying it in stores later this week.

If you do want to buy the new tablet in stores, then you’ll want to keep a close eye on the official launch date. Again, Apple hasn’t disclosed when they will officially have the iPad Pro available in-store, but it’s likely that it could be November 13, as that has been rumored in the recent past. It’s either that or the day before as the only other days that Apple would release the iPad Pro in stores.

Read: Why You Should Buy the 128GB iPad Pro

The iPad Pro is the most expensive tablet that Apple will ever sell, with the entry-level WiFi-only model with 32GB of storage priced at $799, and goes all the way up to $1,079 for the WiFi+Cellular 128GB model.

The Smart Keyboard is priced at $169 and the Pencil priced at $99, both of which will be available this week as well.

That’s a pretty penny to pay for a tablet, and you can actually get a MacBook Air for less than that, but the iPad Pro comes with the convenience of ultimate portability and the high performance needed to get stuff done, which makes it a great choice for professionals who work out in the field or stay mobile frequently.