Apple has officially announced and unveiled the iPad Pro, a larger tablet that the company is adding to its iPad lineup.

Today, during the company’s iPhone 6s event where Apple is announcing all sorts of products, one new product that they’re adding to their lineup is the iPad Pro. The device will join the iPad Air and iPad mini series to offer even more options for those looking to buy a new Apple tablet.

Perhaps the biggest feature that users will notice right away with the iPad Pro is its large 12.9-inch display, making it the largest tablet that Apple has ever made, with a screen size that’s over three inches larger than the iPad Air 2. What’s perhaps more impressive is that the screen will have an impressive resolution of 2732 x 2048, certainly keeping the Retina display alive.

The design of the new iPad Pro looks almost exactly like a regular iPad, but simply just larger in size. It has the same aluminum casing as the current iPads, but the iPad Pro measures in at 6.9mm, while the iPad Air 2 is 6.1mm. The iPad Pro also still includes a rear-facing camera and a front-facing FaceTime camera for video chatting. Rear-facing cameras on the iPad have always been mysterious and almost unneeded, as smartphones have their own cameras, but we suppose there is a time and place for such a feature, especially with the iPad Pro. 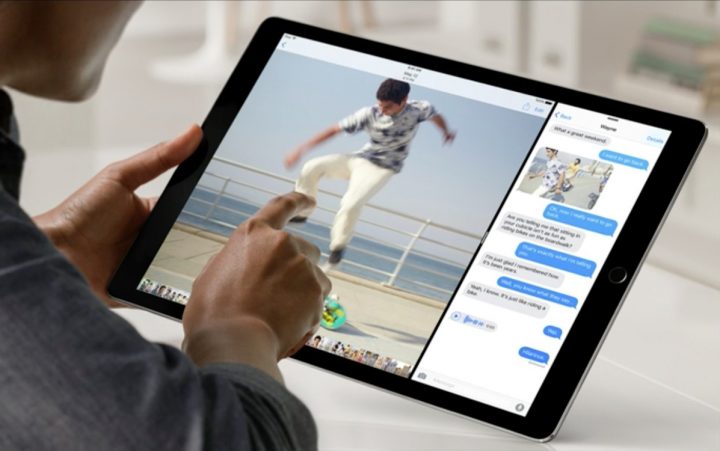 Just like rumors have suggested, the iPad Pro comes with a large 12.9-inch display that you can use split-screen on, which is an iOS 9 feature that Apple introduced earlier this year.

Furthermore, the iPad Pro now has a rechargeable stylus that Apple is calling the Pencil. Users will be able to use it with the tablet (and hopefully other iPad models as well), and it’s even pressure sensitive and can even detect tilt. Based on Apple’s demos, it looks to be one of the best iPad styli yet.

The Apple Pencil can be used for drawing, writing, and even annotating in different note-taking apps, even in Microsoft’s Office suite of iPad apps, as well as a new suite of apps from Adobe that will be released next month. 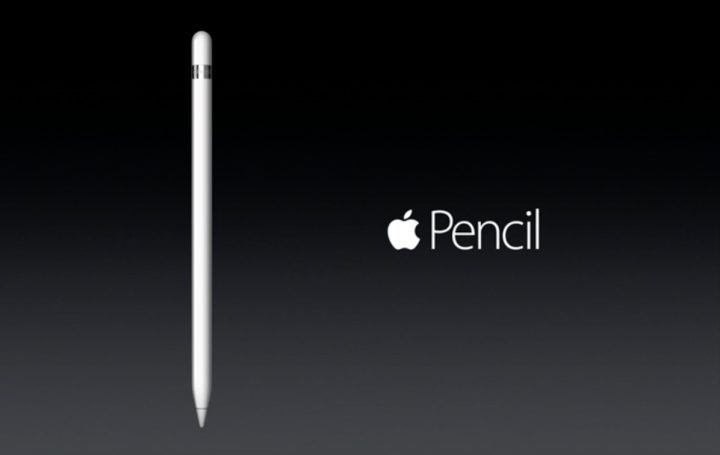 On the outside of the iPad Pro there are stereo speakers, which means that there are a pair of speakers on the top of the device, as well as speakers on the bottom where they normally are on the iPad. There’s also a dock connector that’s used for a new accessory that Apple announced, called the Smart Keyboard, giving users a way to quickly type more easily. 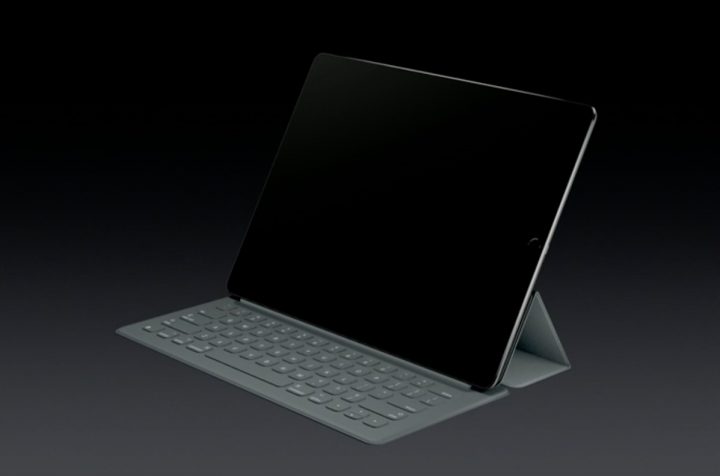 Other than that, there are the usual bevy of buttons and ports that you’ll find on any iPad, including a headphone jack, Lightning connector, Touch ID home button, and the volume buttons.

On the inside, the iPad Pro is running the A9X processor, which Apple claims is 1.8x faster than the A8X that’s currently in the iPad Air 2. Furthermore, graphics are twice as fast in the iPad Pro. The company even says that the tablet is faster than 80% of the portable PCs that are available right now.

As for battery life, the iPad Pro will get 10 hours of screen time. 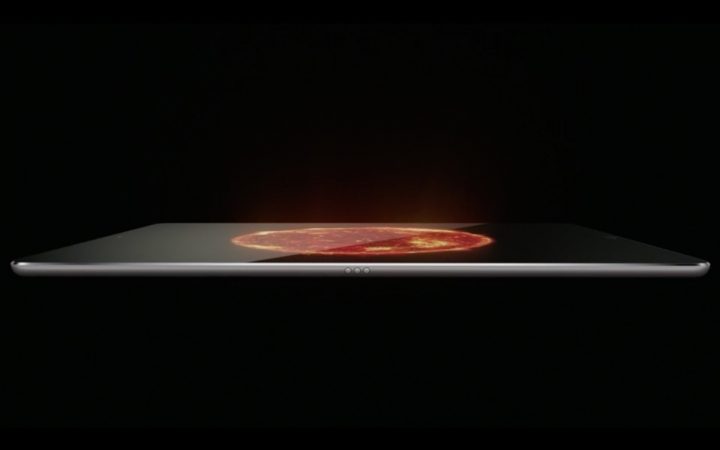 As for price, the iPad Pro will start at $799 for the entry-level model, which will have 32GB of storage. A 128GB model will also be available starting $949, respectively. This makes the iPad Pro the most expensive iPad yet.

The Smart Keyboard will cost $169 and the Pencil will be priced at $99.

As for an iPad Pro release date, Apple didn’t provide a specific date, but said that the iPad Pro will arrive at some point in November.

Of course, it’s a little odd that Apple is announcing a new iPad today during its iPhone 6s event, but it looks like the company is keeping the same release date cycle that it has kept for the iPad over the last couple of years.

While anyone will be able to buy an iPad Pro, it seems that Apple is targeting businesses and education with the new tablet, and especially professionals out in the field will be able to really take advantage of the new slate, including photographers and graphic designers just to name a couple.