When it comes time to replace your aging laptop the most common question we hear is, “Can an iPad replace a Laptop?”

The second most common questions are about the iPad vs laptop comparisons asking what each device does better.

In the next five minutes you’ll learn about using the iPad as a laptop, including what it can and cannot do. This guide will help you decide if the iPad can replace a laptop in 2015.

Can an iPad replace a laptop in 2015? A lot of this depends on what you plan to do with the device, what other devices you own and a variety of other factors.

In the first section we’ll take a broad look at whether or not the iPad can replace a laptop and then we’ll look at an iPad vs Laptop comparison before helping you decide if an iPad can replace your laptop. 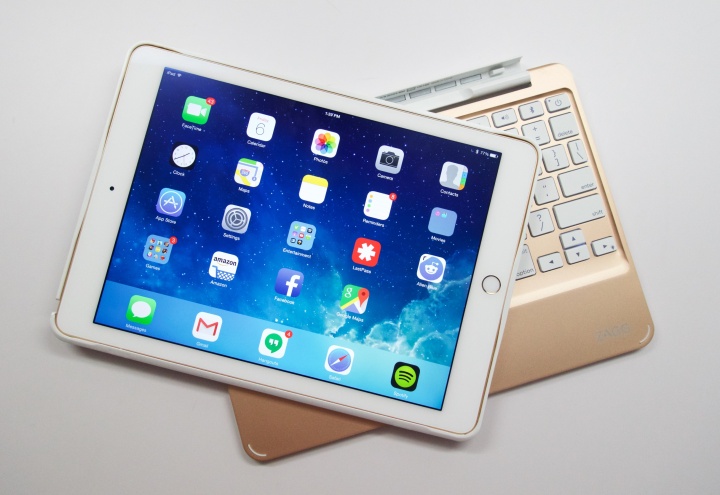 Can the iPad replace a laptop?

If you plan to use the iPad to replace a laptop we recommend looking at the iPad Air 2 and iPad Air. An older iPad isn’t going to deliver the same speed and power as newer models and the iPad mini is a great device, but it isn’t as easy to use in place of a laptop for a variety of tasks.

This is what you need to know before you decide to replace your laptop with an iPad.

Can an iPad Replace a Laptop?

With up to 128GB of storage options, iCloud backup and all of your iPhone photos in the cloud it is possible to use an iPad as the companion to your iPhone for many things. You will need to buy adapters for some activities, but you end up with a portable laptop replacement.

Here’s what you need to know about using the iPad as a laptop replacement.

The most frequent question we hear is, “Can I print from the iPad?” This is an essential feature for most users need at home and at work. The good news is that with a WiFi printer you can print directly from the iPad to your printer without any computer needed. It works just as easily as using the print option on a computer.

“Where do I backup my iPad?”, you ask. With iCloud you can backup the iPad to Apple’s servers so that your photos, apps, documents and data are available if something happens to your iPad.

With the iPad you can edit photos and even make movies with the right apps, but if you do this professionally you’ll appreciate a high-end notebook. There are Microsoft apps for the iPad that let users edit spreadsheets, presentations and word documents, but larger screens and full featured apps will sometimes deliver a better experience on a notebook.

iPad Accessories You Need to Replace a Laptop

You can get by for a little while with just the iPad, but eventually you will need a few accessories to complete the replacement. We recommend a good iPad keyboard case or even just a Bluetooth keyboard and a stand. 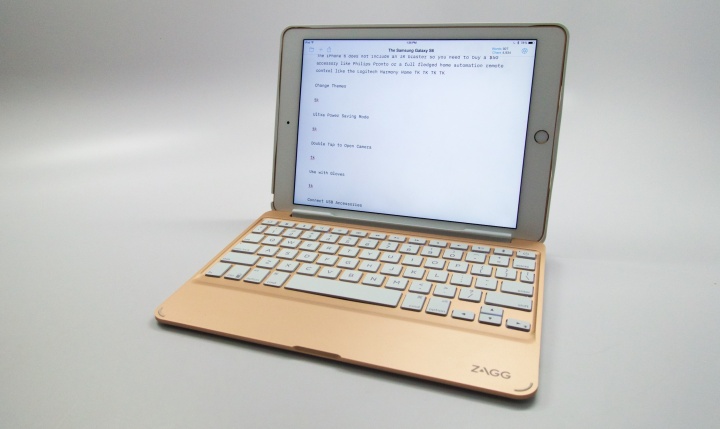 What you need to use the iPad as a laptop replacement.

The Zagg Slim Book is a great option that includes a case and if you don’t want to go that route you can buy the Logitech Keys to Go or an Apple Bluetooth keyboard. If you plan to type a lot, you will want a keyboard instead of typing on the screen.

If you need to connect a camera or SD card to the iPad to import photos that you don’t take on your iPhone you will need to go with a iPad SD card adapter. If you want to connect to a monitor, HDTV or projector you will need a HDMI adapter or an Apple TV. The Apple TV lets you wirelessly mirror your iPad screen to the bigger screen.

5 Things iPads Do Better than Laptops

When you start exploring if the iPad can replace a laptop, you’ll wan to know what the iPad does well, and possibly what the iPad does better than a laptop. In this case we’ll compare the iPad with a laptop that is in a similar price range. If you buy a MacBook Air, you’ll beat some of these features, but if you are buying a $400 to $500 laptop the iPad will win in many areas.

The iPad Air with a keyboard is incredibly portable.

The iPad Air weighs 1 pound and the iPad Air 2 even less and both devices are less than a third of an inch thick. For comparison a $479 HP laptop weighs almost 5 pounds and is 1″ thick.

The iPad Air and iPad Air 2 battery life is 10 hours or longer, even with pretty heavy use. If you choose a $500 laptop you’ll get about four or five hours of battery life from most models. 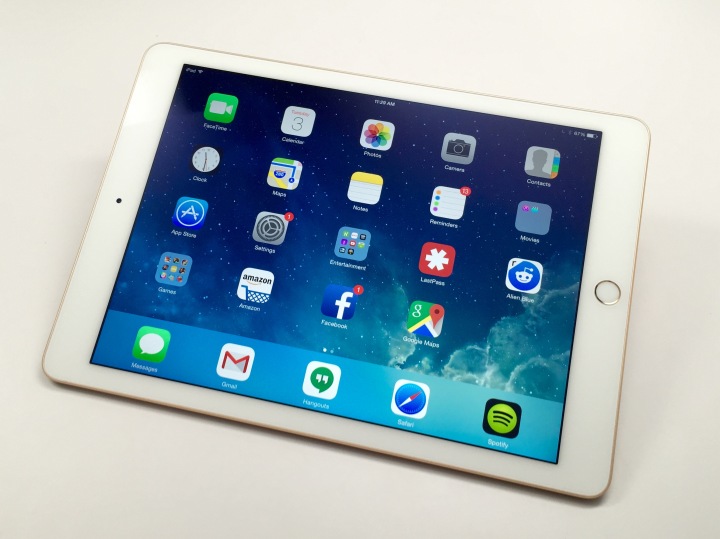 For some users the iPad is easier to use than a Windows laptop.

For many users Windows 8 and Windows 8.1 is very confusing to use, even for common tasks. It is possible to learn where things are, but right out of the box many first time computer users are more comfortable with an iPad.

For $129 more you can add built-in LTE to the iPad Air and iPad Air 2 and add them to a cell phone plan for as little as $10 a month. This lets you connect from anywhere that a cell phone works. This is handy if you travel often but don’t want a smartphone or don’t want to rely on the smartphone as a personal hotspot. Most budget notebooks and most consumer notebooks do not include 4G LTE connectivity options. 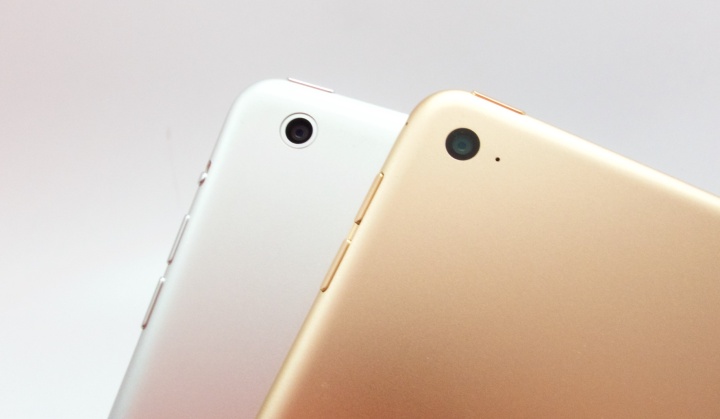 The iPad includes a camera that adds features.

The iPad Air and iPad Air 2 include a front-facing HD camera and a rear facing 5MP or 8MP camera. While not everyone will use the iPad as a camera, this is a real use case that a growing number of individuals are using the iPad for. Users can also scan with the rear facing camera to quickly import a document into the iPad for further use.

Most budget notebooks include a VGA camera on the front that is mediocre for video chat and no rear facing camera.

5 Things Laptops do Better than iPads

Even with a $500 laptop there are still many things that laptops do better than an iPad. Before you make the choice to buy an iPad or a laptop, you need to see what a cheap laptop can do better than the 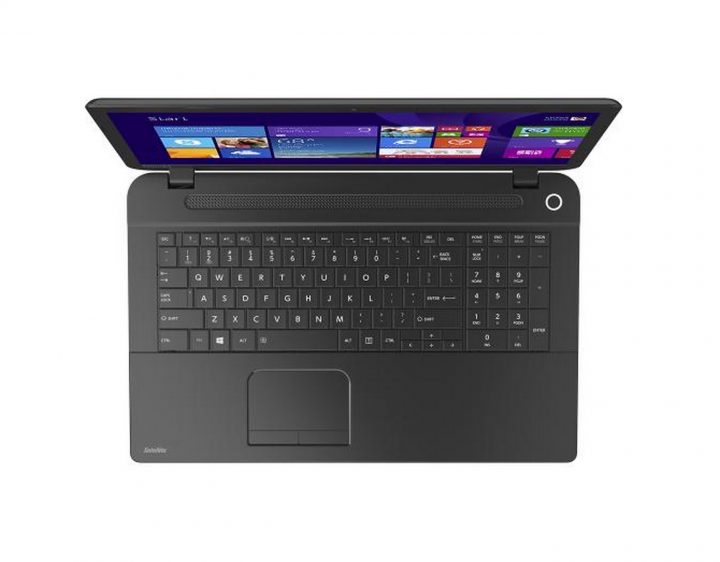 For some tasks and users a cheap laptop offers better productivity than an iPad.

When you need to get a lot of work done, the iPad can prove problematic because you cannot use two apps on the screen at the same time. If you need to  reference a document or file while working on another item a laptop offers more flexibility. The same goes for watching a video and chatting with someone at the same time.

The highest capacity storage for the iPad is 128GB, while cheap notebooks often offer 500GB to 750GB of storage. The iPad storage is faster, but for many users the amount of storage is very important. You cannot plug a hard drive into the iPad, but there are wireless options to add more storage to the iPad if needed. Figure out how much storage you need, and if you still want an iPad you may need to rely on the cloud.

A budget notebook includes more ports than an iPad.

The iPad includes a lightning port and a headphone jack, but that is all. Even a cheap laptop includes several USB ports, a SD card reader, HDMI connection and Ethernet port. You can add some ports and connections to the iPad, but you will need an adapter. 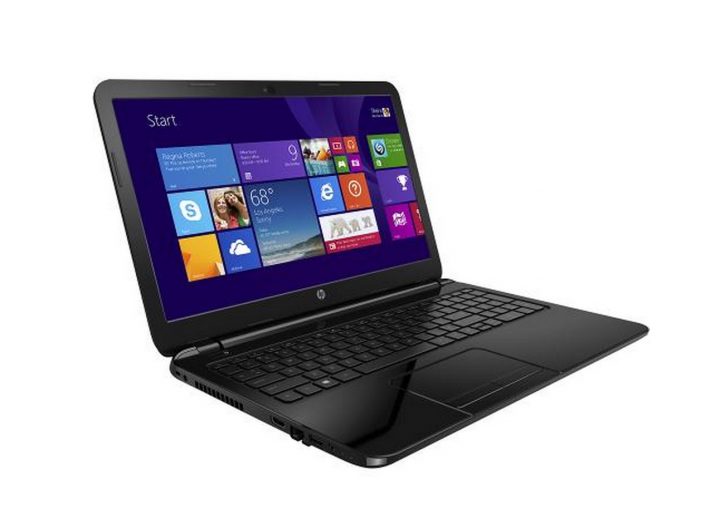 It’s possible to get a laptop with a larger screen.

While you can do a lot of tasks and activities on the iPad, you cannot do everything that you can do on a laptop. Some applications only work on a laptop computer, so make sure you check if you use your current laptop as a gateway for some work tasks.

The iPad does not support flash and while this doesn’t matter for many tasks, even in 2015 there are some websites and services that need flash.

When it comes to customizing the look of your operating system, you can do more on a laptop than you can on an iPad unless you jailbreak, and even then there is still more flexibility with a laptop.