iPad Screen repair is expensive if you send the broken iPad to Apple, but there is a cheaper and easier way to fix a broken iPad screen without doing it yourself. A local Apple repair shop can perform an iPad screen repair or replacement in about an hour, for much less than Apple charges for the service.

After an unfortunate accident shattered the screen on my Grandma’s iPad this summer I started looking for an affordable iPad screen repair option and soon discovered a local store called iOutlet. The locally owned company in Ohio fixes broken iPhones and iPads, as well as other Apple devices.

There are many local shops offering to fix broken iPad screens and iPhone screens, but I was drawn to iOutlet by the lifetime warranty on screen repairs and positive online reviews. After talking to the manager of the store in Bowling Green, Ohio I stopped in for an iPad screen replacement on my grandmother’s broken iPad 2. You can see the shattered mess below that she continued to use with a screen protector in place for the last several months. 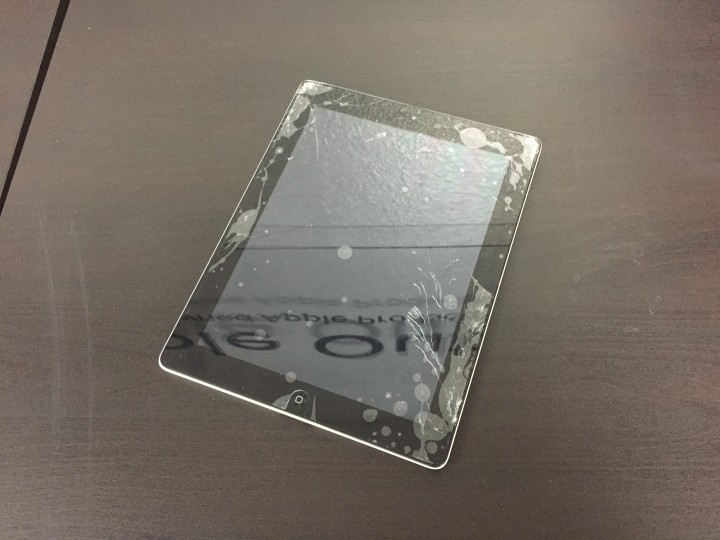 Desperately in need of an iPad screen repair.

My grandma keeps all of her digital photos on the iPad 2. It is her digital camera and her place to look at all the pictures and videos of her kids and grandkids. She was devastated by the broken screen and overjoyed when she was able to hold the iPad. She continually asked me if it was a new iPad because it looked brand new to her. 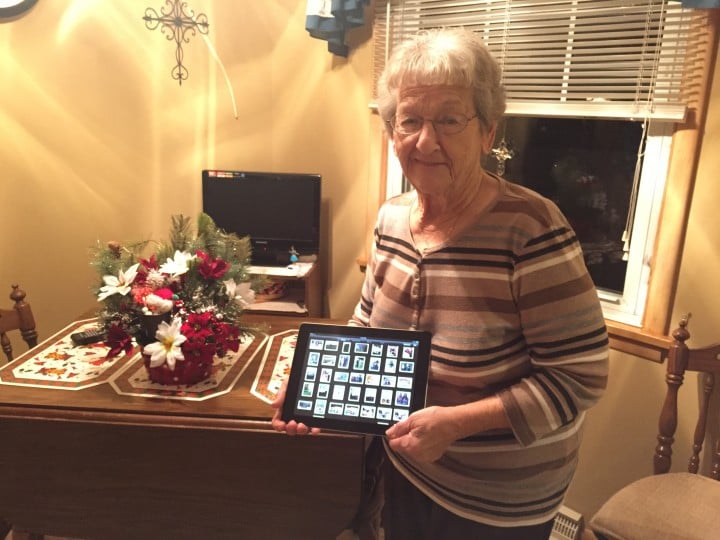 A very happy Grandma with her fixed iPad 2.

While there are ways you can fix a broken iPad screen on your own you’ll want to make sure that you know what you are doing as it is possible to accidentally slice cables when removing the screen. One customer came in to get an iPad mini screen repair after he paid a friend’s son or a neighbor to do the job and was not impressed with the result. There was nothing holding the glass in place, so if you moved the iPad mini to a side or at an angle the glass actually flipped right off and dangled by a cable.

iOutlet Director of Technology, Matthew Loar let us watch the iPad screen repair, and explained that it is important to look for a store that provides some type of warranty. If there is no warranty on the work they do, there is a higher chance that the parts are cheaper versions and the work may be sup par. If you are looking for a place to get your iPad screen fixed, Loar recommends looking for reviews on social media. You should ask about warranties, part quality and how long the process will take before handing over your device.

Before I took the iPad 2 in for the screen repair I backed up the iPad to iTunes and made sure all of Grandma’s photos were also backed up to a folder on a Windows laptop. Make sure that you back up your iPhone or iPad before you take it to a shop for repair as most places will ask you to sign a document saying they are not liable for the data on your device.

Our iPad screen repair took an hour and a half as Loar answered questions about the process and paused to let me take photos of the repair. Typically iOutlet can fix an iPad or iPhone screen in under an hour, which is impressive to watch.

In addition to the broken screen the iPad 2 featured one corner that was banged up and bent in where the iPad hit the concrete. After removing the iPad 2 screen in many small pieces of broken glass, Loar used a special tool to re-form the corner. We didn’t need to replace the back of the iPad, just bend it back to shape. There is still a small scuff from the impact, but the shape is just like it should be. 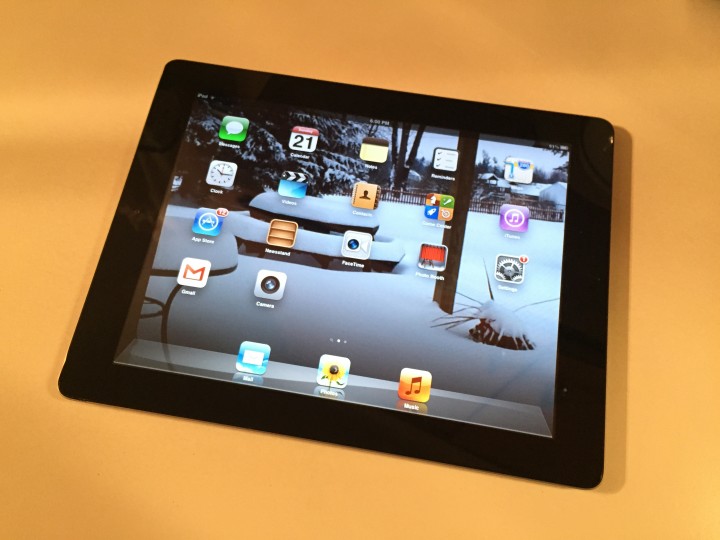 Like new after a fast, affordable iPad screen repair.

After removing all the broken glass and cleaning the inside of the iPad for any remaining glass, Loar put our original LCD in and then put a new iPad screen on the device. Instead of looking for a new iPad for Christmas, Grandma’s iPad 2 is like new for a fraction of the cost.

iOutlet is located in Bowling Green, Ohio and in Findlay, Ohio. You can see their services and locations or more information about the work they do. 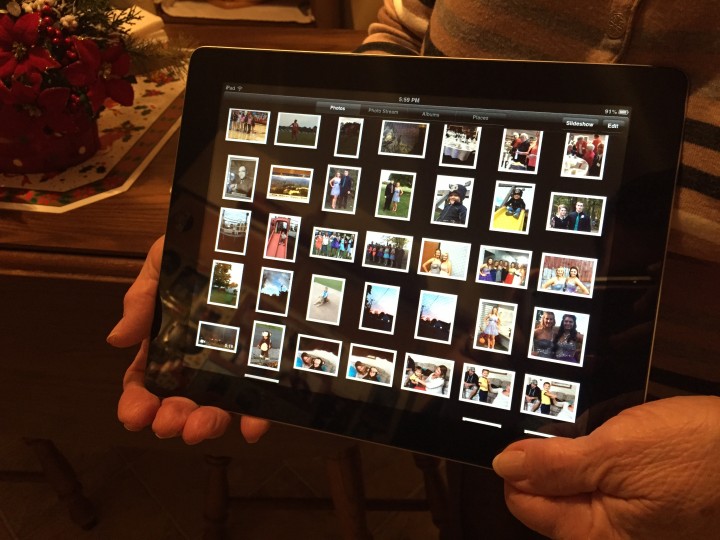 The fixed iPad 2, like new and back in Grandma’s hands.