We like to talk about how good the out of box experience that comes with Apple products like the iPad and the iPhone, but this past weekend I found out just how daunting the initial setup can be for first time users.

For her 78th birthday my Grandma received an iPad 2. This is her first computer, and a new experience. Complicating the setup process was the fact that she didn’t have an email address to use for creating an Apple ID.

Thankfully I was around to help her through the process, but it highlights an issue that is hard for Apple to get around, and surprisingly, one that Android does better. 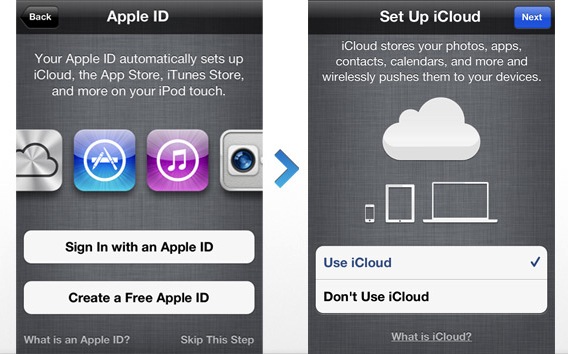 This account gives them an email address, acts as their account to purchase apps, books, movies and music — which is nice. Also, users don’t need to remember a separate password that will allow them to make purchases.

After getting my Grandma set up with her own Gmail address, we created an Apple ID with another password for her to remember. I showed her how to do a few things and let her explore. A few minutes later, we were asked to sign up for Game Center, something that will happen in many apps until you do sign up. Here, we needed to come up with a nickname to use.

So far, Grandma seems to be doing pretty good with her iPad, and we have another training session set up for Christmas. If you plan to give someone an iPad this holiday season, and they are a first time computer user, I highly suggest setting aside a few hours to show them around the device.

The iPad is still less intimidating than a computer, but this experience highlighted issues with getting someone up and running on the iPad.

Once you get past the initial setup screens, here are my tips on iPad 2 Setup and Security.