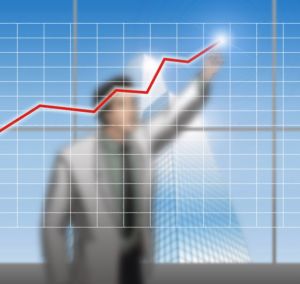 I think I should get a job as an analyst. They read statistics and then tell their customers (mostly those looking to gamble invest) what trends to follow. Since the iPad’s release we’ve seen the analysis that iPad’s are chipping away at Netbook sales. That was pretty much a no brainer. Once it became apparent that the iPad was a winner at the Cupertino cash register that was easy analysis to spread around. Now comes word that (gasp!) the iPad may be chipping away at notebook/laptop sales. Again, an easy mark.

If you’re paying attention and don’t wait for the sales numbers, you could see this coming in dark tunnel on a cloudy night wearing a blindfold. But it is safer to wait for those numbers I guess, because then you’ve got data to plot your case. But like all such data, that’s info about what happened yesterday and trying to divine a prediction about what will happen tomorrow.

Look, no one knew if the iPad story would be a success or not. Just like no one is sure if the supposed Android Tablet/Slate Tsunami will make inroads or not. That said, it has been obvious for quite some time that we had reached a stall point with laptop/notebooks/netbooks/desktops. The room for innovation seemed to have narrowed, and from where I sit, the market was shifting away from the next great device to a steady stream of incremental improvements. The same was true with software. So, the market was ripe for something new to shake it up. It was also more than obvious, thanks to Asus and the Netboook disruption, that many consumers were more than comfortable with smaller devices that didn’t need to do it all, that wait for it…. cost less. On the other end of the spectrum, consumers were becoming increasingly more comfortable with smart/super phones, once they got away from the encumbrances that geeks had grown accustomed to in their early days. Kevin Tofel makes a case that sooner or later the smart/super phone will become the computer. He may well be right.

At CES2010 the writing was on the wall or rather it was on Tablet/Slates. (Not with digital ink unfortunately.) That story has been unfolding since that time, and it has been a fascinating one to date. Apple set the bar, everyone else panicked, changed their plans, and we’re about to see what the next chapter may or may not hold. But between smart/super phones and Tablet/Slates, and the lack of innovation on the traditional computing front, it has been more than obvious for at least the last four quarters that this kind of change was coming. Whether or not it had significant impact wasn’t really the question. Of course it would have impact as resources got realigned to play in the new game. The only question that was up in the air was how much impact these changes would have and how soon.