The KOLOS iPad steering wheel turns the iPad into a racing arcade game taking games like Asphalt or Real Racing to the next level and bringing out the gamer’s inner speed demon.

Here’s how it works. Insert an iPad into the KOLOS gaming wheel and then clamp it onto the edge of a desk or table, like those old computer gaming wheels that people used for NASCAR or F1 games on their computer. Thanks to the iPad’s accelerometer, as the user turns the wheel, the game senses the iPad turning and sends the control to the game.

The KOLOS wheel fits the last three generations of iPad and works with any game that runs on these iPads. The wheel itself uses “anti-perspirant rubber coating” to keep the user from getting sweaty hands. They made the base and clamp with “metallized plastic” so they’d stand up to gamers and their punishment while not weighing too much. 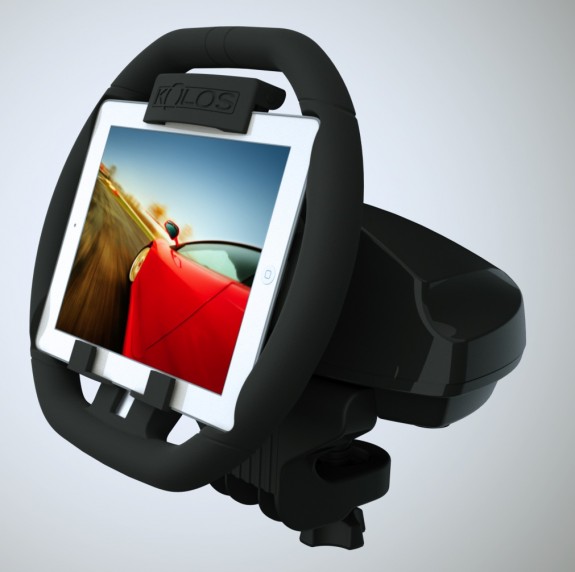 The wheel works in landscape mode. Use it for driving games or secondarily as a stand for other uses. The wheel holds the iPad at a 70-degree angle and turns a full 180 degrees. The wheel will center the iPad when the user let’s go.

Some might look at the setup and complain that it’s too stationary. That’s why they designed it to allow the user to quickly remove the wheel from the base and take it out for gaming on the go. 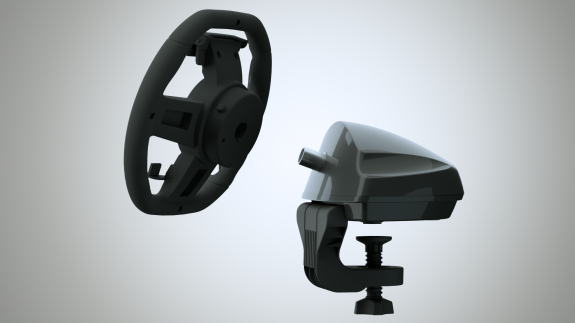 They offer different levels of backing on Indiegogo, which works just like the more popular Kickstarter.

With Kickstarter and Indiegogo projects, the backers take a risk. Remember that once they charge a credit card the money could disappear if the campaign sponsor doesn’t finish the project and chooses not to return the funds. This is the exception, but does happen. 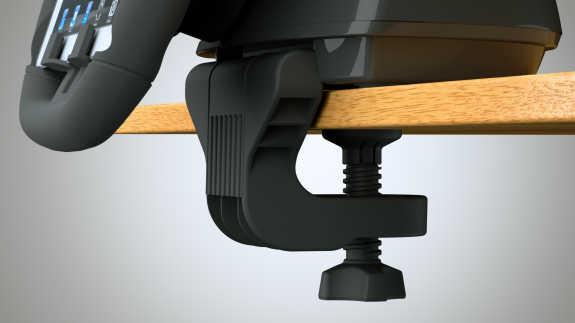