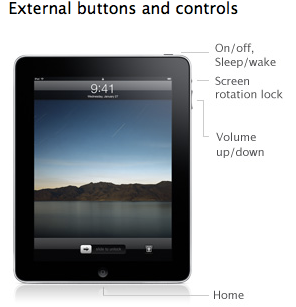 Jim Dalrymple at The Loop spotted a small but important change to the iPad’s hardware functionality: the switch previously set for mute has been changed to a screen lock. Seems trivial, but I suspect this will soon become a standard feature for any tablet with accelerometer-based screen rotation.

I like accelerometer-based screen rotation a lot. It’s great on my iPhone and, when it works, on my Tablet PC. Manually switching between screen orientations is antiquated by comparison. However, while I have it set to automatic on my iPhone, I don’t do the same for my Tablet PC. A larger two-handed device is simply not as easy to maneuver as a one-handed device. I tend to tilt and angle it on a regular basis. If I were to hand it to someone else to show them something, well, that would result in all sorts of flipping chaos. As a result, I keep accelerometer-based screen rotation set to manual trigger on my tablet via button or ritePen ink macro.

A toggle, however, to turn automatic screen rotation on and off sounds like a much better solution. I would be impressed except now that I think about it, it really should already have been a common tablet feature.