iPad Turns 2 Today: How It Changed My Life

The iPad turns two today! On January 27 2010 Apple announced the iPad in a highly anticipated event with the late Steve Jobs wowing the masses by introducing a device that infused new life into the tablet space.

The Windows Tablet PC or Ultra Mobile PC floundered for years reaching only niche markets, but the iPad changed that. It’s now a device with mass market appeal.

In the two years since Jobs revealed the now wildly successful iPad, it has drastically changed how I work, play, read, surf and interact with others. 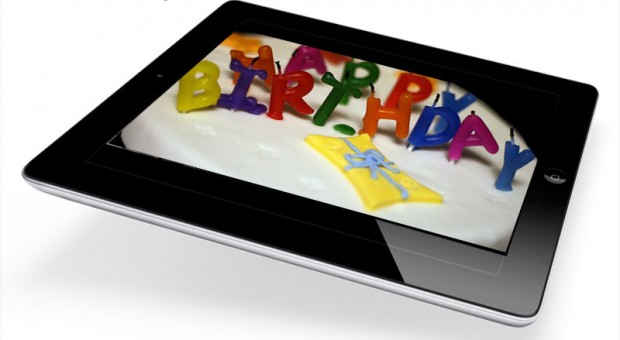 I’m a pastor, which means I spend a lot of my time studying the Bible and preparing to teach people who come to our church’s meetings. I used to do most of that study with books laid out on my desk. About 15 years ago that shifted to software on a desktop computer and about five years later mostly on a laptop computer. For a few years I occasionally used an HP convertible Tablet PC, but most of that time the computer was in laptop mode, not tablet mode.

With the iPad I have my vast theological library with me all the time thanks to the Logos Bible app (Free for Desktop software users). I can do more on my iPad in an hour than I could do in a fully morning of study with physical books and a Bible!

My productivity has increased significantly thanks to my iPad. The battery lasts forever so I take it everywhere. I find myself waiting a lot – for meetings to start, to pick up my kids at school, for my wife at the grocery store. Now that time doesn’t have to be wasted. I can get some studying done. 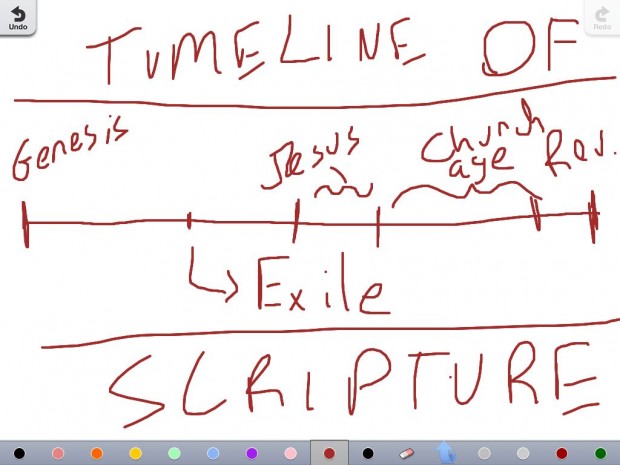 I love to teach using visuals instead of just speaking. I used to have to lug my computer over to the church and set it up. Last year I hooked up an Apple TV to the projector and now I just wirelessly hook things up and I’m ready to show my images via Keynote, pull up a Whiteboard app (Whiteboard HD – $4.99), or show some video from Youtube.

On Sundays, when I’m preaching, instead of taking paper notes printed on my printer, I use my iPad to preach. This saves me a lot of money and a little bit of time each each week.

You don’t need an iPad to communicate quickly and conveniently through email, social media, and instant messaging. A smartphone works great. But the iPad hit the market about the same time that my eyes turned 40. In the last two years I’ve noticed that the text on my smartphone got smaller and blurrier. The large ten inch screen of the iPad makes seeing email so much easier. I can also use our in-house communications tool Yammer (Free) and other social media tools like Facebook, Twitter and Google Plus on my iPad comfortable and easily.

You know about the Kindle app and iBooks. As I said above, I have Bible study tools as well. I spend a lot of time reading. I also love to read longer web pages via Instapaper ($4.95). Instead of checking the long list of RSS feeds in my Google Reader using my laptop, I use Reeder ($4.95) on my iPad about half the time. I can keep up with tech news, sports, photography and Christian ministry sites all through my iPad. When I’m not using Reeder, Flipboard (Free) works, especially for discovering new content that I don’t subscribe to yet. 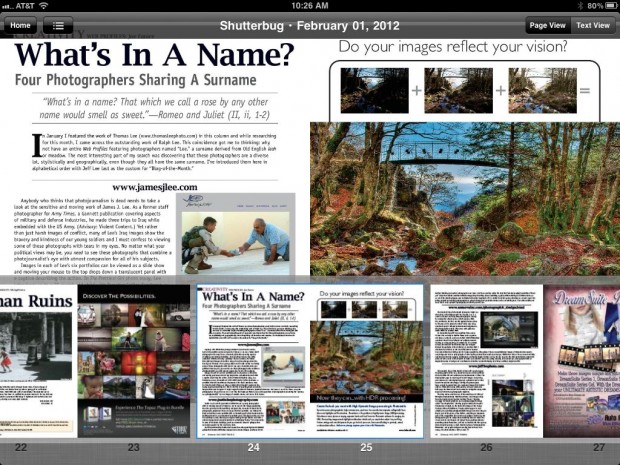 In addition I seldom get paper magazines anymore. I used to use Zinio (Free plus subscriptions) to read my favorite magazine, but I now just use the updated Kindle app which handles magazines nicely. A lot of people don’t like the layout and PDF-like display model used in the Kindle app. I don’t either, but the Text View in the app makes reading magazines a pleasure. It filters out the ads and you get the meat of the article. Anytime the article has visuals you get them either at the beginning or the end of the article and you can quickly see the print layout by tapping the Page View button. 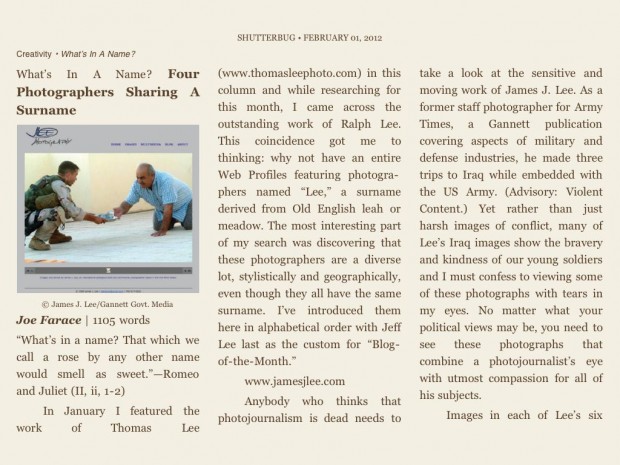 Before the iPad I just watched the hotel TV while on the road. I still do, but not as much. Instead I fire up the hulu Plus app or Netflix apps (both free with subscriptions) and watch something worth my time instead of commercial laden movies from the eighties on the limited selection of channels on the room TV.

I’ve never been much of a gamer, but with my iPad I can wind down with a fun game of world domination with Lux DLX 2 ($4.99) a Risk clone or mind sharpening Moonlight Mahjong ($.99). I do play the occasional Madden ($5.99) or Real Racing 2 ($6.99) as well. These also help with those frustrating minutes when I’m waiting for someone or something.

I’m not sure why, but I never used my phone to look for stuff as much as I do my iPad. I did GPS navigation and the occasional web search, but I find using the iPad to find restaurants, show times and movie trailers, and places to go much more satisfying than on a smartphone.

The iPad really has changed the way I do so much. It’s been an incredible two years and I can only imagine what else we’ll be able to do two four or six years from now.