At the Display Taiwan conference in Taipei, display manufacturer CPT gave NetbookNews a glimpse at an iPad prototype that has a 3D display. 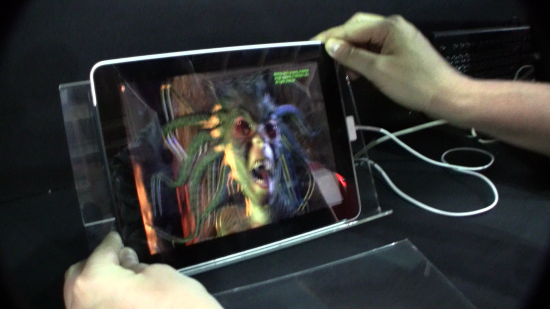 The iPad 3 will likely make its debut at some point in the year 2012 and it will likely bring some sort of upgrade in the display department. It’s very possible that that upgrade might be a move to 3D and this little prototype gives us a glimpse of what could be coming our way in the future.

What you see here is an iPad 2 modified with a 3D screen that requires glasses. The 3D apparently looks stunning and from the looks of things, it appears that the iPad 2 is very capable of handling a 3D display. So, might we see CPT or another company making 3D screens for Apple in the future? It’s possible as 3D is a space that Apple is certainly looking into.

So, we have to ask. Would you buy an iPad with a 3D display?