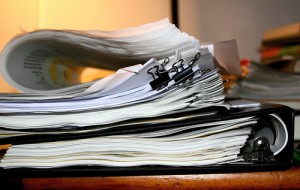 Paper is expensive and messy compared to the iPad.

The town of Cornelius in North Carolina pushed paper to the side of the table this year and chose to use iPads to reduce printing expenses. Replacing paper with the iPad already saved me thousands of dollars, and it could help schools and the federal government save big as well.

The town of Cornelius gave iPads to its board members in their June meeting. During the meeting they asked meeting attendees to be patient as they pulled up the many reports and documents they used on their new “computers” instead of looking at dozens of printed pages.

The cost of printing the thick meeting packets, which consisted of 210 pages each, was pretty high. Most of the 19 attendees just pitched the packets in the recycle bin after the meeting finished. Now they are all stored on the town’s server and accessed wirelessly on 16GB iPads. iPads are not only saving the cost of printing the material, but the town’s manager is saving about eight hours each time the board meets since he no longer has to collect all of the materials that were in the packets.

The town bought a few as a trial for $400 each. These were most likely the older iPads sold at a discount after the iPad 2 came out. They chose iPads over laptops because of expense, mobility, and speed. Their trial was a success, so they purchased six more iPad 2s and have been pleased with the results.

The iPads are cheaper than many laptops. Since they are more mobile, town officials can access and read documents at home or on the go. They are also more convenient to use during the meetings. Since the town owns the devices, none of them will leave if an official quits.

Other government agencies and entities should look at what Cornelius is doing and realize that, with a modest upfront expense, they can save a lot of money in the long run. What if schools used iPads to save money on books and paperwork? If all the schools in one state, like for example here in North Carolina, would demand text books and library books in eBook format from now on there would be many advantages: Little Susie and Johnny would not be carting around a back-breaking book bag any more. They would have an iPad in hand for reading and learning. They would be learning the technology hands-on and the school systems would be saving money.

Talking to my wife, who is a third grade school teacher, one of the issues students face is something called disgraphia. Some students cannot process what she writes on the white board and keep it in mind long enough to print it on their paper and then solve something like a math word problem or instructions for a science project. If she saved the information in her shared DropBox folder and instructed kids on how to open the file and work through the math problem or steps of the science project, this would help these students and save a little money in printing costs. 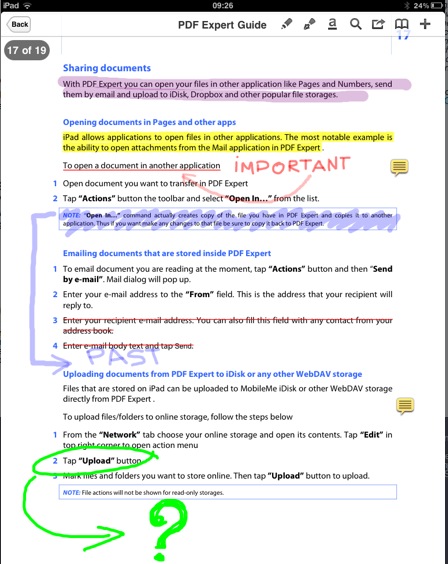 Let kids do their homework in PDF Expert

There are a lot of hurdles to consider: like the upfront cost, and protecting the devices in the hands of sometimes irresponsible kids. But I still believe firmly that the long-term savings would be worth the expense and hassle. If Cornelius, NC can get a good rate for a handful iPads imagine what kind of discount Burke County Public Schools could get for hundreds or thousands of them? I have to pay $300 for an athletic fee this fall for my sons to play sports. I’d be willing to pay the same for each of them to have an iPad. Students who can’t afford it could get them for free if they are on the free or reduced lunch program. The initial cost would be defrayed by significant long term savings. My wife could give downloads instead of handouts. Little Johnny and Sussie could mark up the papers with a good PDF app like PDF Expert (see above).

Congress Could Save Billions 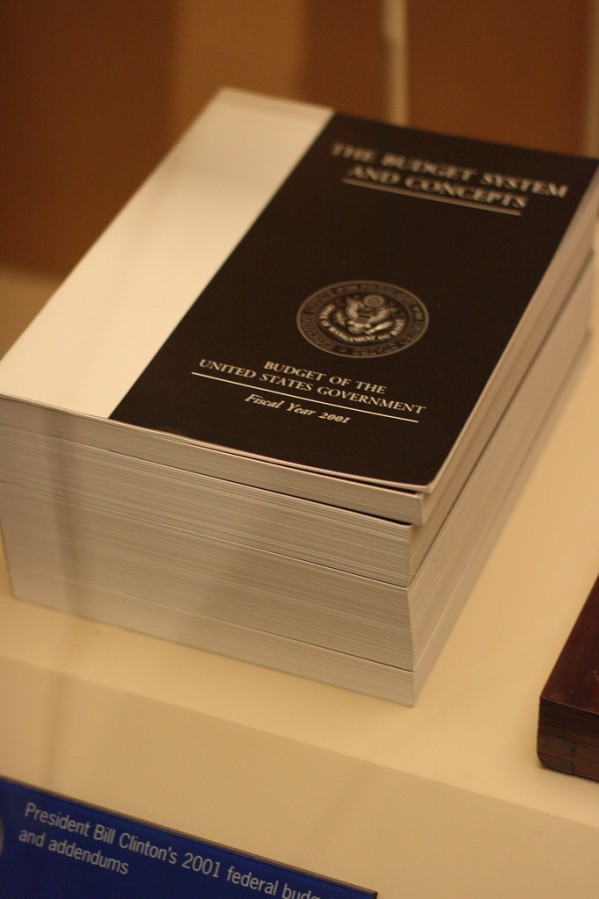 Another government entity that could save a lot of money is Congress. Have you seen those ridiculous budgets they print every year? Give each Congressperson an iPad and send them a PDF. Maybe they would actually read the thing before they voted on it. Each time they update these budgets they have to reprint the monstrosity. In this example, they’d get a new link via email to an updated version.

Source: The Weekly Herald of Huntersville, Cornelius and Davidson via TUAW