iPads in Short Supply Ahead of iPad 2 Announcment 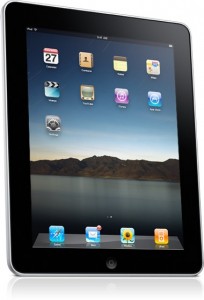 While Apple is still selling the original iPad at its retail stores and Apple.com, the company has cut off retailers. This means they iPad resellers can sell what they have on their shelves, but can’t order more iPad stock.

This move signals that Apple already has iPad 2 stock ready to roll out to the sales channel. 9to5Mac received word from retailers that order info now looks like this in their systems:

With no ETA, it’s pretty clear that the iPad 2 will completely replace the original iPad. Long after introducing the iPhone 4, Apple and AT&T continue to sell the iPhone 3GS at a deep discount. Those hoping to score a bargain on the original iPad will likely have to scour Apple.com’s refurbished section. There will likely be a ton of iPads up for sale on Craigslist, eBay and other classifieds sites once the iPad 2 is formally announced.

The iPad 2, or whatever it ends up being called, will be announced on Wednesday March 2 at an event in San Francisco and we’ll be there to go hands with the device. If supplies of the original iPad have dried up by then, Apple may begin selling the iPad 2 immediately or the next day. Apple both announced and began selling itsNew MacBook Pros last Thursday.

The iPad 2 is expected to have a faster processor, an improved speaker and dual cameras for snapping photos and FaceTime. There is a chance that there will be iPad 2 models that will run on Verizon’s wireless network.