One hundred iPads and a custom app helped Greece slash its debt in half. Of course the iPads and the debt-restructuring app didn’t save Greece $140 billion all on their own, but they did help funnel complex information and help more than 100,000 bondholders get on board.

As CNN’s Philip Elmer-DeWitt reports, Bondholder Communications Group bought 100 iPads, installed a custom app and doled them out to the leadership team tasked with saving Greece’s economy. The leadership team included bankers from Deutsche Bank, HSBC and Lazard, the Hellenic Exchange, the Bank of Greece and the Greek Finance Ministry.

With bondholders spread out all over the world, the leadership team had to have instant access to updated analytics while traveling more than half the time. 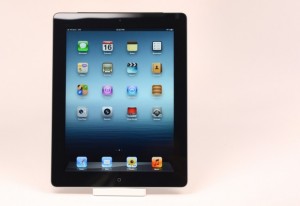 Bob Apfel of Bondholder Communications Group said the deals simply couldn’t be done without the data platform and the iPad. That’s a pretty bold statement considering he’s talking about what he calls the ‘largest financial transaction in the history of the world.

The iPad is becoming a go-to device for organizations and companies are using the iPad to crunch big numbers. Software companies like SAP provide clients with apps that can tap into terabytes of data to instantly generate charts and graphs that help make multi-million dollar decisions. Last time we spoke with SAP’s CIO, he’d already rolled out 14,000 iPads in his organization.

Of course the iPad isn’t the only mobile device that can display big data. But its large display, long battery life and 3G/4G make it ideal for analyzing data on the go.  Small smartphone displays simply don’t have enough screen real estate to dive into data the same way.

The iPad is replacing laptops for some business travelers, especially those on short trips, but there is one huge obstacle to ditching laptops: Microsoft Office. Apple’s own iWork suite is good enough for some individuals, but it doesn’t do a good job when it comes to formatting Office documents and when collaborating.  There are alternatives to Office on the iPad, but none of them come close to the real thing.  There are rumors that Microsoft will be releasing Office for iPad in November.