Many companies are catching tablet fever and have started looking for ways to increase productivity or simplify workflows with tablets. Some companies like SAP are doing this with consumer tablets like the iPad, but others are opting for more rugged solutions. The iPad’s success is benefiting enterprise-grade tablet makers such as TabletKiosk, MobileDemand, DAP Technologies and Xplore.

The iPad is the most popular tablet, with over 15 million sold last quarter and millions more expected to sell this year when Apple launches the next-generation iPad. The iPad is popular both at work and at home, but it’s not the right tool for every job.  Rather than putting a damper on rugged Tablet PC sales, many of these companies reported record sales in 2011, and predicting increased demand in 2012 thanks to renewed interest in the slate form factor and a variety of other factors.

The proliferation of touch screens in consumer devices, and the ways in which consumers are using them at home, has made it easier for businesses to envision ways in which tablets can be used at work and in the field.

TabletKiosk President & CEO, Martin Smekal shares the effect of the iPad on his company with GottaBeMobile, 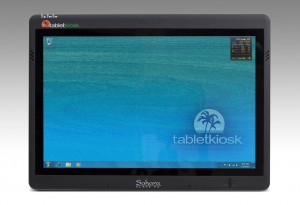 “The launch of the Apple iPad has been one of the best things to happen to our industry in years.  The single most important result is that it validated the tablet marketplace.  Apple does an exceptional job marketing to the masses, and the fallout of their ubiquitous campaigns is that awareness of the form factor and the potential for a total mobile solution was raised.

We used to spend the first half of all our sales meetings educating customers about the slate form factor, touch technology, digital inking – no more.  People understand the technology on a much higher level and are trying to figure out how best to leverage it to increase productivity and return on investment.”

While the IT managers and business leaders now recognize tablets as a real tool, they are still learning about the capabilities of specific devices.

David Molesworth, General Manager at DAP Technologies explains that there are still hurdles, “We find that some customers overestimate what a consumer tablet can do.” Matt Miller, President of MobileDemand, shares a similar shift, telling GottaBeMobile that businesses are increasingly asking, “Why can’t I just use an iPad?”

That’s a great question. Here are a few examples of how these tablets differ from consumer tablets like the iPad.

What Makes These Tablets Different

Many things separate these enterprise tablets from the iPad, but several features standout —  Ruggedness, Flexibility, Software and Accessories.

When users are out in the field, performing mission critical work, or working in the pit of the Red Bull Racing team, durability and ruggedness matters.

All of the individuals we spoke to from these companies noted the ruggedness and the need for tablets to handle the real workforce. Xplore tablets can withstand seven foot drops and are waterproof and DAP technologies points out that DAP tablets can be used with gloves, something that consumer tablets can’t do (without special gloves).

As you can see in the video below, these tablets can take a beating. Matt Miller of MobileDemand puts the xTablet T7000 through a harsh set of tests that would render an iPad, even one in a rugged case, unusable. I’ve even seen these tablets used to drive a nail.

Flexibility to do Real Work

Another comment we heard often is that these tablets allow users to do much more, including those tasks that consumer tablets aren’t as good at, or can’t do.

Martin Smekal of TabletKiosk shared that the company saw increased sales to customers who want to use a tablet PC to control devices and machines remotely. This can range from a locksmith machine or sound equipment to emergency room variables such as table position, lighting, and surgical cameras.

Other tasks include scanning barcodes quickly, use RFID or interfacing with industry specific tools to handle mission critical applications, where downtime is costly.

Because these tablets use Windows software, businesses don’t need to spend as much time training employees on how to do their work. Sure, there is some tablet training, but the iPad has made employees more comfortable. With a Windows tablet PC they can access the same tools they use on their notebook. 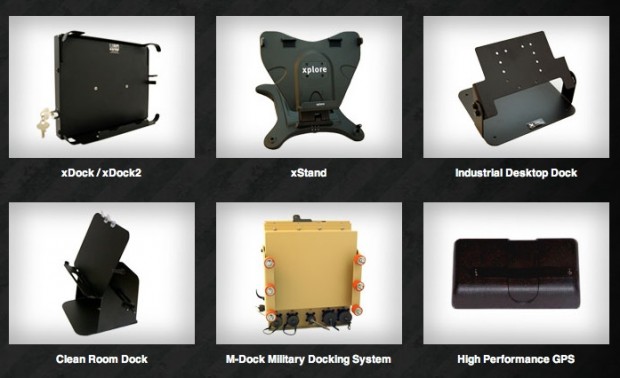 We also see the flexibility to connect to multiple wireless carriers from a single device, unlike the iPad which operates on AT&T or on Verizon depending which model you buy.

The iPad may have thousands of accessories, but enterprise tablets have plenty of work specific tablets that allow users to mount them on desks, forklifts and in other situations where an off the shelf iPad mount wouldn’t cut it.

If you want a look at some enterprise tablets, check out our list of 5 Windows Slates You Can Buy Today