Apple is said to be keeping its iPhone 3GS alive and kicking even after the next-generation iPhone debuts later this year. It’s unclear what nomenclature Apple will give its newest iPhone, but for the purpose of this post we shall refer to that device as the iPhone 5. In the past, when a new iPhone debuts, Apple would usually keep its most recent generation smartphone and offer it at an entry level 8 GB capacity for a low $99 price tag with a two-year service agreement from a local carrier. Most recently, Apple had continued to offer not just its most recent generation, but also the two-generation-old iPhone 3GS as a basic entry level phone. Through U.S. carrier AT&T, the iPhone 3GS is free to customers who sign a two-year contract and that device sells alongside the iPhone 4 and most current iPhone 4S. 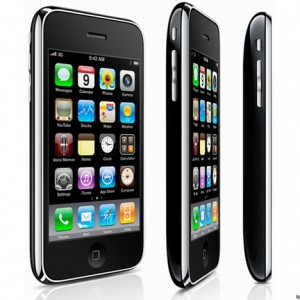 When the iPhone 5 debuts, the iPhone 3GS will be a three-generation-old smartphone, which is a rarity in a world of Android handsets where new models debut every few months. According to a report on AppleInsider, Apple is speculated to be carrying the iPhone 3GS and offering the device for a mere $250 to $300 without requiring users to sign a contract. The move will make the older generation device attractive to customers in emerging markets as well as for prepaid customers and will help iOS compete against low-cost and cheap pre-paid Android handsets.

The lower $250-$300 price tag would be significantly less than the $375 off-contract price that Apple is charging for the iPhone 3GS currently. Apple CEO Tim Cook had previously stated that the emerging markets and the pre-paid market is important for the company going forward.

According to Jefferies analyst Peter Misek, Apple has already signed a deal with a “leading distribution and logistics company” to make this plan work. This news comes contrary to a prior speculation that we’ve heard about the iPhone 3GS headed towards end-of-life status.

As Sprint and Verizon did not offer the iPhone 3GS–that model is a GSM-only model–the phone likely won’t make it to either carrier, which would be unfortunate news for customers of Sprint pre-paid brands Boost Mobile and Virgin Mobile USA.