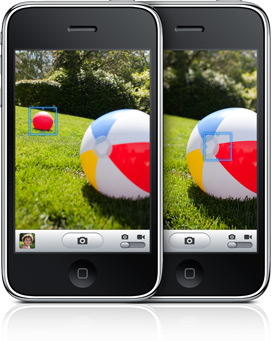 I must confess, when I first learned of VoiceOver in the iPhone 3GS as an accessibility tool for the visually impaired, I was not impressed. Good to have the option, but why, I thought, would a blind person want a device that is almost all screeen? No tactile buttons. No fixed arrangement. Almost all input is through a smooth piece of glass of ever-changing controls.  For the  visually impaired,  it seemed like a terrible choice.  But an article in Wired has shown me how wrong I was.

In it, Alex Dejong, a photographer who lost much of his sight three years ago, describes what a boon VoiceOver has been for his photography work:

““With the iPhone and a lot of the photography apps that a lot of people are using, I have my entire workflow, and I can do it in five minutes,Ã¢â‚¬Â Dejong said. ““In this way, the iPhone is a remarkable gift. I’ve had it for three weeks now, and it has really opened up my world, apart from the photography.Ã¢â‚¬Â

He also uses a Nokia N82 equipped with a vOICe app to help him “view” his surroundings, and admits the iPhone camera is a “toy” compared to his DSLR,  but “he hails the  [iPhone 3GS]  as the first handset fully accessible to the blind.” I’d normally take such a claim with a grain of salt, but in this case,  I must defer to Dejong’s experience in the matter. The article also discusses how other visually impaired photographers use technology to overcome their obstacles  and how they share tips and support online at Blind Photographers.  Inspiring stuff.