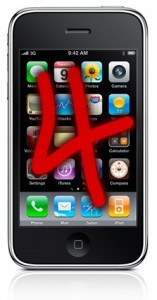 Boy Genius Report is reporting some leaked information from one of their sources about the next iPhone OS.

Other rumors claim the next iPhone OS has been delayed because it contains info on the mythic Apple Tablet, so these tidbits may have greater impact. What’s intriguing to me is the idea that the new OS will make iPhones “more like full-fledged computers.” I’ve said it before, Apple has the edge here since they use Darwin for both Mac OS X and the iPhone OS and, unlike other smartphone makers, they already make a “full-fledged” operating system. Looks like they may be at the point where they can exercise this advantage.