iPhone 4.3 Mobile Hotspot To Be LImited to 3 Devices on AT&T?

According to this slide dug up by Engadget it looks like AT&T is going to limit the Mobile Hotspot feature coming in iOS 4.3 to three devices. Intriguing and yet not entirely surprising even thought every other mobile carrier in the world that allows a mobile hotspot feature allows up to five devices to be tethered along. But then, that’s why AT&T sees itself as a leader, when it can’t offer what everyone else thinks of as standard.

UPDATE: Turns out this is an iOS 4.3 deal and not just an AT&T issue. Looks like those on Verizon will see the same thing. 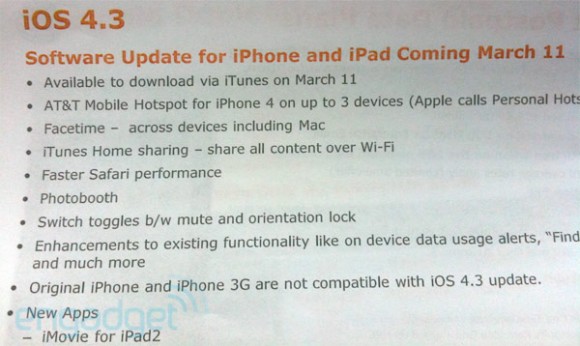