According to a couple of different analysts, iPhone 4 sales aren’t slowing down even though the iPhone 5 is nearing launch. This news comes as a surprise to the firms, as they expected sales to decline at the end of summer leading into the fall. Apparently consumers didn’t get this message.

Maybe because the people still buying iPhones are older, if HTC America president Martin Fichter is to be believed. He says that kids are abandoning Apple’s phone because their parents use it, rendering it un-hip. Parents, who just don’t understand, may not care about the potential awesomeness of the iPhone 5 when the current iteration is what they want. Even the 3GS still sells pretty well, and that’s been out for two years.

Or maybe consumers aren’t as enamored with having the newest iPhone as tech writers and analysts are. If you need a phone now, why wait for October? That is, if you even know or care enough to read news that involves unannounced phones. 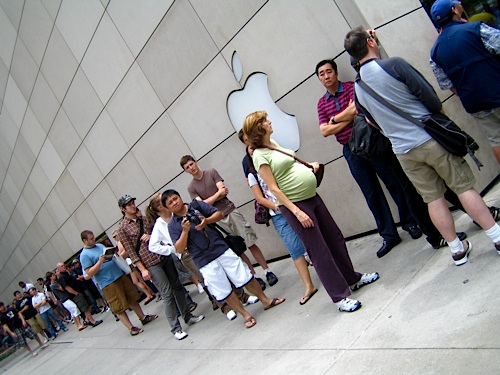 I also think people are just tired of worrying about what comes next. After all, the iPhone 5 is “late” in launching, since previous models launched around June. Like I said, some people may need a phone now. Plus, the new bells, whistles, and upgrades rumored may not appeal to iPhone 4 buyers (especially if they’re parents, right?). The current Apple offering was good enough a year ago and it will continue to be good enough at least for another year. And then, of course, the apocalypse. Why bother with the next generation?

Are you in the market for an iPhone? If so, are you waiting for 5 or buying a 4 ASAP?