Rather than relying on robots and mastering fictional aspects of your life, this new ad from Apple shows several real world reasons to use Siri.

In doing so, Apple has just shown a nation of smartphone shoppers why they might want the iPhone 4S, even though it looks like the iPhone 4.

In the iPhone 4S ad below, which Apple dubs, Assistant, you can see Siri being used for a number of things. 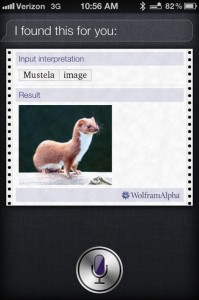 In the video, we see actors using Siri to perform a number of tasks such as,

The cool part about this commercial is that these tasks really work. You can even go a step further by using nicknames for locations and contacts.

For more, check out these Siri Guides;