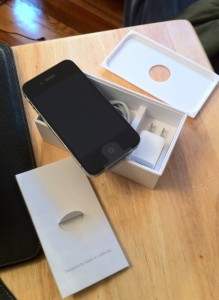 My iPhone 4S arrived about an hour or so ago and I’ve set it up and am up and running. So far everything is working as advertised. This is just a quick first impressions post to get things going and I’m sure we’ll be seeing much more here at GBM over the next few days.

So, here’s a list of my early first impressions.

More as it comes.