Somehow, someway, someone has been able to get their hands on an iPhone 4S ahead of its official launch day on October 14th (and ahead of those millions of pre-orders as well) and has decided to treat the world to a look at the upcoming device on video. This isn’t just an ordinary video either. It gives us some benchmark scores for the iPhone 4S and it shows off a feature that will be coming with Siri called ‘Raise to Speak.’

So, here’s what we got. There have been a lot of you openly questioning how fast the iPhone 4S is, especially when compared to the iPhone 4. Fortunately, this video via MacRumors gives us a pretty good idea.

The SunSpider benchmark shows us a total score of 2222.1ms and a browser mark score of 89567. The BrowserMark score for an iPhone 4 is apparently 44856 when running iOS 5. That means that the iPhone 4S should be about two times faster than the iPhone 4, something Apple said was the case with the inclusion of the dual-core A5 processor. 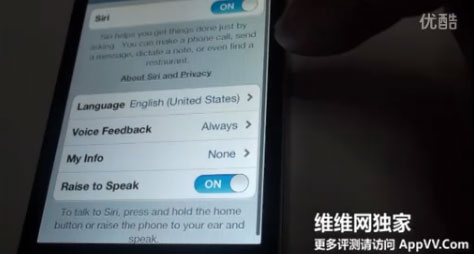 That’s not all either.

We also get a glimpse at Siri’s settings page which shows off a number of different options including something called ‘Raise to Speak.’ You can toggle this on or off and if you have it on, you can just hold your phone up to your ear, give Siri a command, and it will spit out the appropriate answer.

A neat little touch to a feature that looks to be the iPhone 4S’ most intriguing.

The iPhone 4S lands in stores in October 14th but before you head down to pick one up, you should consider reading these first:

Read: iPhone 4S: Should I Buy the New iPhone?

Read: iPhone 4S: Should I Upgrade from an iPhone 4?

Read: iPhone 4S: AT&T vs. Verizon vs. Sprint — Which Carrier is Best?

They will help make your life easier.