We’re still waiting for the iPhone 4S jailbreak, and anyone who wants to jailbreak needs to avoid iOS 5.1.1.

But sometimes accidents happen, and errant taps or mistakes mean that some users have upgraded to iOS 5.1 or iOS 5.1.1 losing the ability to jailbreak the iPhone 4S.

A new version of Redsn0w, the popular jailbreak tool, will allow iPhone 4S, iPad 2 and new iPad users to downgrade to iOS 5.1 or iOS 5.0.1.

But, there’s a catch.

This also means that anyone who purchased a new iPhone 4S with iOS 5.1 or iOS 5.1.1 has no way of downgrading to iOS 5.0.1. These users will need to wait for the iPhone 4S jailbreak for iOS 5.1 that is in progress.

There’s no eta on a release of the new version of Redsn0w, but if MuscleNerd is willing to share screenshots on Twitter we expect to see it soon. 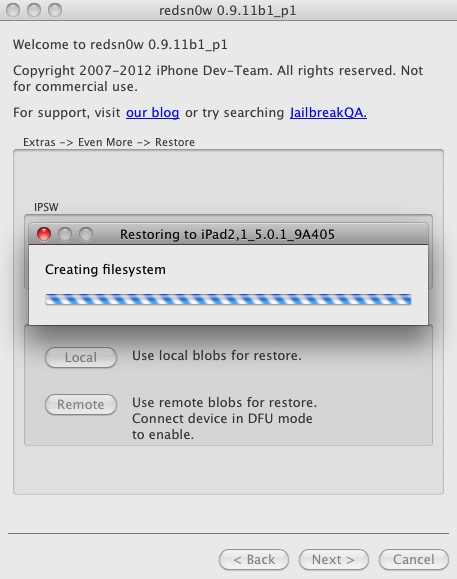 It’s always a good idea to save SHSH blobs manually with a tool like iFaith or TinyUmbrella. While Cydia will save SHSH blobs, a manual backup is a safe bet for fast access to your iPhone 4S SHSH blobs when tools like the updated Redsn0w arrive.

There are many reasons not to jailbreak, but users who know what they are doing can gain access to new iPhone apps and tweaks that Apple doesn’t approve of.

We are waiting for an iPhone 4S Jailbreak Untethered for iOS 5.1 that could arrive in a matter of weeks, or a matter of months. A4 device owners can jailbreak the iPhone 4 on iOS 5.1.1.