A new video surfaced today showing a claimed iPhone 4S jailbreak for iOS 6.0.1, which could signal a discovery in the pursuit of a viable iOS 6 jailbreak for the latest Apple devices.

Twitter user @Mr_DunH1ll shared the video below showing an iPhone 4S with an iOS 6.0.1 jailbreak, saying it is proof of his work on a jailbreak.

In the tweet, the iOS hacker says, “iOS 6.0.1 jailbreaked on iPhone 4S But still having problems.” He doesn’t elaborate what those problems are, though the rest of the iOS 6 jailbreak process is hampered by increased security put in place by Apple.

The video below shows what appears to be an iPhone 4S running iOS 6.0.1 and running Cydia, which is something that normally indicates the a jailbreak.

The uploader, @Mr_DunH1ll, is the founder of the ARB Dev Team, which according to their Twitter profile is the iOS and OSX Arab Dev-Team. This is the first we’ve heard of this group, but the Twitter feed also shows an iPad jailbreak on iOS 6.0.1. 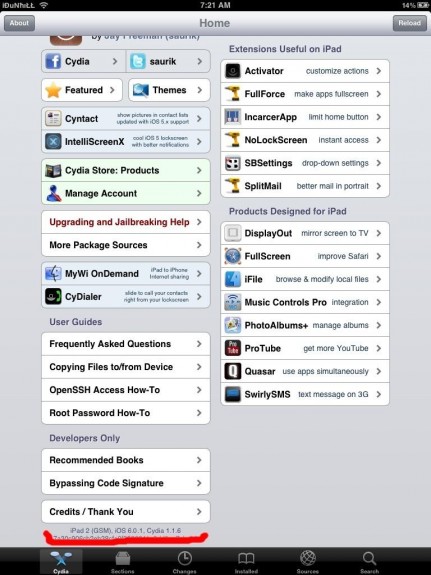 According to the group, the iOS 6 jailbreak is tethered for devices with an A6 processor, while there is no proof of it running on a device with an Apple A6 processor this would mean an iPhone 5 jailbreak.

This isn’t the first time we’ve seen a video of an iOS 6 jailbreak, but the video doesn’t include obvious signs of fakes like we’ve seen in other claimed jailbreaks.

The iPhone 5 jailbreak and iOS 6 jailbreak is closer than it was when the first demonstrations appeared in September, but the Chronic Dev Team reports that they are, “Missing Critical Pieces” needed for release.

If the ARB Dev-Team iOS 6 jailbreak is the real deal, we’d expect to see some word from well-known iOS hackers and hopefully teamwork to bring the iOS 6.0.1 jailbreak release date quicker.