After speed testing the iPhone 4S from AT&T and Verizon here in the midwest with the Speedtest.net app, we wanted to share some real world speed tests that you can see with your own eyes.

To do this, we loaded up the Netflix app on two iPhone 4Ss, to see if AT&T or Verizon offered better on the go video streaming on Apple’s latest iPhone. We tested out several movies on the iPhone 4S on each network, to see how the movies looked. While most iPad movies get watched on WiFi, the portable size of the iPhone 4S and access to tons of video content makes it perfect for watching over 3G.

We tested out both of these devices in the Midwest, in Bluffton Ohio, where we recently completed a speed test that saw speeds of up to 6Mbps on AT&T and 1 to 1.4 Mbps on Verizon. Both of these iPhone 4S units had good signals and had WiFi turned off. Check out our full iPhone 4S Speedtest in the Midwest here.

While it is great to see a major speed gain on the AT&T network, what really matters is how this speed impacts the use of your device. While in the back of my local coffee shop, I opened up the Netflix app on an AT&T iPhone 4S and a Verizon iPhone 4S. I work from this cafe at least once a week, and occasionally listen to a TV episode while grabbing lunch or while working. The coffee shop has WiFi, but like all public WiFi, it can go down from time to time.

To test out the speed of streaming Netflix on the iPhone 4S, I loaded up Super Troopers and skipped about 30 minutes in to see how fast the network could handle a jump to a specific point. On both phones I was able to skip forward quickly, but in the video and screenshots below, you will notice some differences in quality. During the video, I didn’t always see the differences in quality at arm’s length, but when you get closer you can see where a speedy connection helps out.

(For best results, watch the iPhone 4S Netflix comparison video in full screen and select 720p from the bottom right of the YouTube player.)

Getting started on both of the iPhone 4Ss was about the same, which says something about Netflix’s optimization for your connection given the lower speed of the Verizon iPhone 4S.

On the Verizon iPhone 4S, the movie scrubbed forward to 30 minutes in and resumed play fairly quickly, but there was more pixelation off the bat. Once the stream was up and running, quality was fair. In the video, when I was at arm’s length, the image quality looked better than expected, but when I took a closer look, like you might do while heading to bed at a Hotel, the quality was noticeably poor compared to the iPhone 4S on AT&T, in this location. As you can see in the screenshot below, there is a lack of detail and pixelation, something that occurred in several scenes. 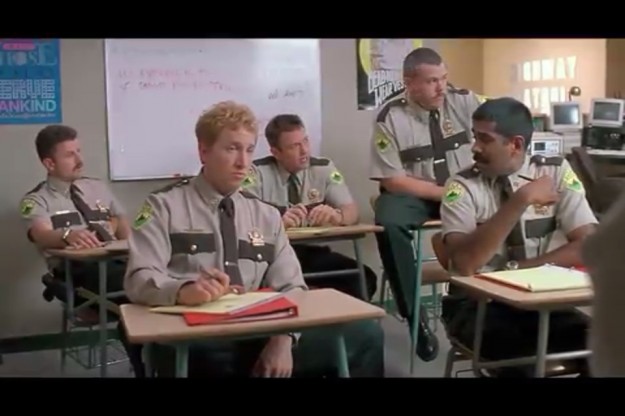 The iPhone 4S on AT&T, which had a 5X faster connection in this location, delivered much crisper images, with defined edges and was more enjoyable to watch. The longer I watched, the more noticeable the quality improvement was. You can see the same still from Super Troopers below, which offers a better overall image. 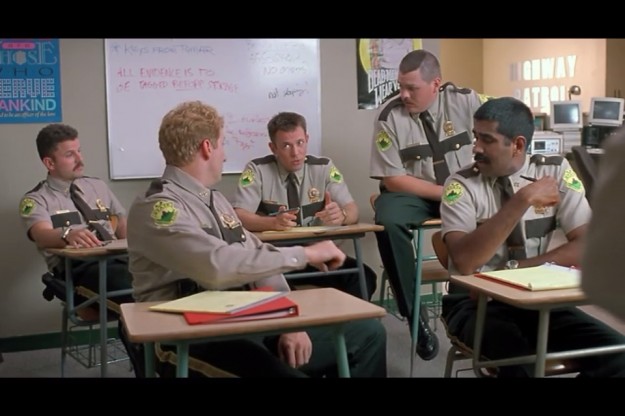 These quality differences occurred throughout the movie, as you can see in the stills below. Notice the collar of the police uniform. In the screenshot take on the iPhone 4S running on Verizon, there is a lack of definition between the collar and the shirt. 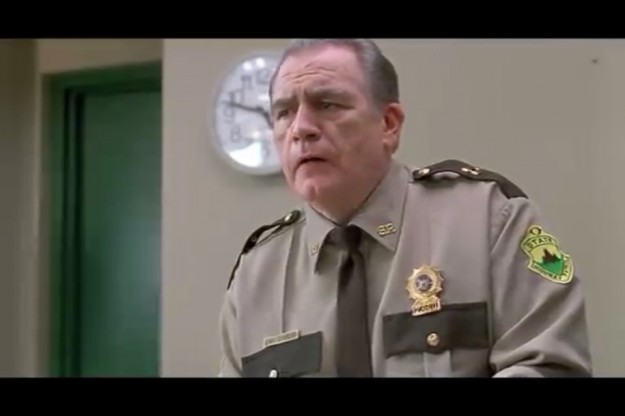 In the next still, taken on the iPhone 4S running on AT&T, you will see clear lines and more definition on the actor’s features as well. This wasn’t immediately clear when looking at the small screen propped on the table, but if you got closer, you quickly noticed quality issues. 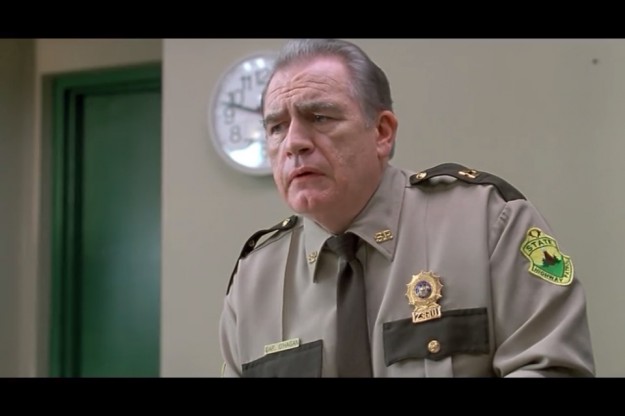 If you want to see a Netflix streaming showdown in San Francisco, you can check out our Netflix iPhone 4S speedtest near West Portal, which also showed AT&T as a winner against Sprint. Not surprising given the results of our iPhone 4S Speedtest benchmark in San Francisco. 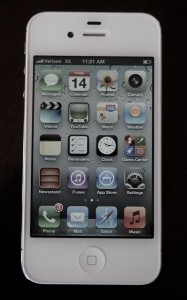 Before you sign a two year contract with an iPhone 4S carrier like Verizon, AT&T or Sprint, you should check out the speed results in your area. In this location, AT&T beat out Verizon by a mile, but when we took our speed test on the road, AT&T didn’t fare so well. These differences in speed and coverage are very important to find out ahead of time.

If you are contemplating a jump to another carrier, and plan on streaming a lot of movies on Netflix or Hulu, you may want to look at Sprint, which is the only place you can get a new contract with unlimited data. Right now both AT&T and Verizon only allow new subscriptions to get limited plans. AT&T offers plans with 200MB, 2GB and 4GB, while Verizon offers 2GB, 5GB and 10GB plans. Each carrier will charge you if you go over that limit.

The best way to find your perfect fit is to ask your friends how coverage is in your area on each carrier. If you don’t have any friends on one of the networks, check out Twitter. Even if the speed test isn’t done on an iPhone 4S, you should be able to draw some conclusions about the overall speed of the network, just be sure you don’t compare Verizon 4G speeds, which are not available on the Verizon iPhone 4S.

Stay tuned for more iPhone 4S Speedtests. You can read our full iPhone 4S review here and keep up with the latest iPhone 4S news here