If you haven’t ordered your iPhone 4S to be delivered next Friday, you still have time.

I chose to stay up till the doors at the online Apple Store proverbially opened at 3AM on the East Coast.

Sadly, the ordering experience was less than great.

My previous three iPhone/iPad preorders went much better. This felt more like “waiting in line” on a hot day outside a crowded Apple Store, something I did last year for the iPhone 4. 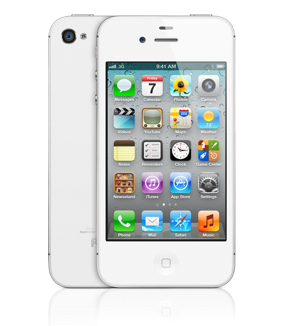 I just checked and went through the order process online at Apple as of  8AM EDT, things went smoothly and if I’d have just gone to bed and ordered this morning, not only would I be bright-eyed and well-rested, I’d have two iPhone coming my way ordered in less than the time it took Apple’s sight to crash on me once in the wee hours of the morning.

If you want to do a pre-order, get online now. Like Apple, the big three wireless carrier sites seem to be performing well. I don’t has as much confidence that when the dust settles those who ordered this morning will get one on October 14, like those of us who stayed up late. Apple no longer provides shipping dates. We haven’t heard anything about a sell out on any of the three site. Here are the links to the four online stores taking pre-orders:

Pre-order at the Store

If you don’t want to order online, the get over to your wireless carrier’s local store or a Best Buy store. Earlier this week I asked at my AT&T store and Best Buy how they would handle pre-orders. It would be first come first served when their doors opened at 9AM and 10AM respectively. As of 8 AM when I drove by each one, there were not lines, so that looks like a safe bet.

Arrive early because they will have a more limited stock than your Apple Store. The AT&T manager told me last year they got less than 20 of each iPhone 4. Best Buy had even less getting only about 20 total. This year with both white and black phones and three storage capacities, I’m betting they will get more, but I could be wrong.