The iPhone 4S preorder success goes to show that most of the purchasing public is just happy to have a new iPhone, even if it is no iPhone 5.

iPhone 4S preorders slipped to 1-2 weeks out shortly after orders began, and it’s no wonder. Apple reported that they sold 1 million iPhone 4S devices within 24 hours of opening preorders.This is an impressive number, and could put Apple on track to match the early success of the iPhone 4, which sold 1.7 million units within the first three days. Analysts expect iPhone 4S sales to reach 10’s of millions before the end of the year.

Read: iPhone 4S: Should I Buy the New iPhone? 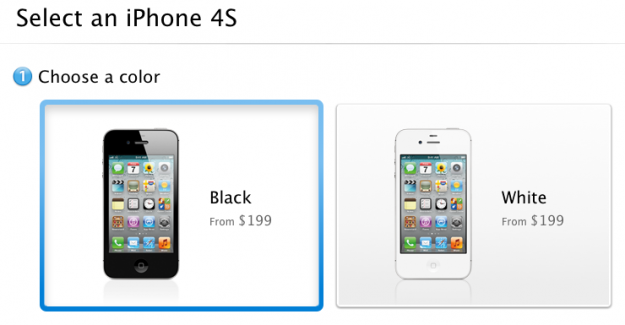 The iPhone 4S includes a new processor that delivers nearly 2x faster performance, 7x faster graphics and support for wirelessly mirroring your iPhone 4S on your HDTV. The new iPhone also has a better 8MP camera, on par with most point and shoot models. The star of the show is the new Siri assistant app. Siri can respond to your requests, and thanks to artificial intelligence, she can infer what you mean. For more read, What is Siri?

If you still want an iPhone 4S, you can head to your local Apple store or carrier location on Friday October 14th. Apple store locations will open at 8 AM, 2 hours early, to meet the expected high demand. If you plan to get an iPhone 4S on launch day, and haven’t already preordered, you should consider getting their early, perhaps even on the 13th. Whenever you show up, expect to wait in line.

Read: iPhone 4S: Should I Upgrade from an iPhone 4?

It is tough for Android devices to compete with the frenzy over new iPhones. The closest sales figures we have come from Samsung’s Galaxy S II smartphone which jumped over 10 million sold in September, 5 months after launch. This comparison becomes murky though, as Samsung only released the number of units sold to the sales channel. This means Samsung’s numbers count those sitting on the back shelf of AT&T. For comparison, Apple is talking real, to the customer, sales.

Read: iPhone 4S: AT&T vs. Verizon vs. Sprint — Which Carrier is Best?