Rumors of an $800 iPhone 5 are taking over Twitter with iPhone 5 $800 and #800DollarsForAniPhone trending on the social networking site.

It’s not clear where the rumor of an $800 iPhone started, but half of Twitter worrying where they’re going to find the cash and the other half is making hilarious demands from an iPhone with a $800 price tag.

There’s no way Apple will release an iPhone 5 with an $800 price, at least that you’ll pay. 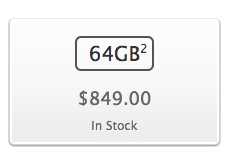 Apple already sells an $800 iPhone. If you want to buy the 64GB iPhone 4S off contract it is $829. Thanks to the discounts carriers give when you sign up for a two-year contract, that price drops to $399. Even the $199 iPhone 4S retails for over $600 without a contract.

Analysts tell The Street that Apple is very unlikely to charge $800 for an iPhone, pointing to Apple’s typical profit margins. Not to mention, Apple prefers to add features to products without increasing the price of the iPhone, iPad or iPod Touch.

In response to the rumor of paying #800DollarsForAniPhone, Twitter users are sharing hilarious and outrageous iPhone requests, the best of which are embedded below.

iPhone 5 $800? Siri better turn into a jet pack when I put it on Airplane Mode.

iPhone 5 $800? Wtf? That better turn into an autobot and fight decepticons.

iPhone 5 $800 ? Better be a WePhone cause the whole family is gonna have to share !