The first iPhone 5 battery case is now available from iBattz according to Gadgeterista, though it isn’t a typical battery case.

The new iBattz Mojo Hi5 is a snap on iPhone 5 case that includes a removable battery. The 2500 mAh battery attaches to the case to make it easy to transport, but it can’t charge the iPhone 5 alone. The battery on the Mojo Hi5 still needs a Lightning cable to charge the iPhone. 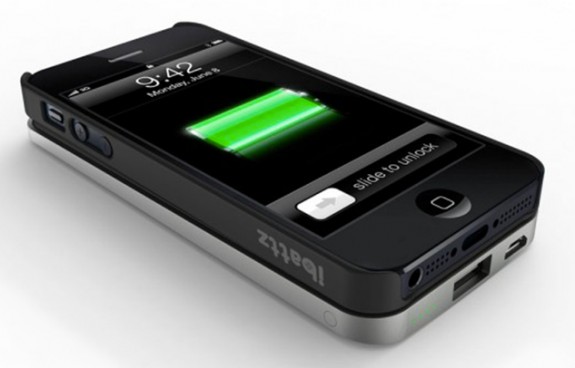 Other iPhone 5 battery cases will likely come to market sometime early next year. Apple only recently let third-party companies use the Lightning port in the iPhone 5, and manufacturers need to create their battery cases around the new standard. Until then external batteries are the only option for charging an iPhone 5 while away from an outlet.

The iBattz Mojo Hi5 is available for pre-order now for $79.90, which is about the same price of similarly sized external batteries. The battery case will ship on December 8, 2012, and it comes in Glossy White or Matte Black.