One way to figure out what the iPhone 5 will look like is to look at the iPhone 5 cases which are already being mass-produced in China. While these cases aren’t always correct, and there’s always a chance that they are imitating rumors, the fact that manufacturers are beginning to mass produce them has led many to conclude that the manufacturers know more about the iPhone 5 than we do.

These iPhone 5 cases come to us by way of M.I.C. Gadget which spotted them on Alibaba and in Shenzen, a known place for knockoff cell phone goods. If these cases are the real deal, we can expect an incredibly thin iPhone 5, perhaps as thin as the iPod Touch, with a swapped mute button. The moved button is presumably moved because of a thinning design. 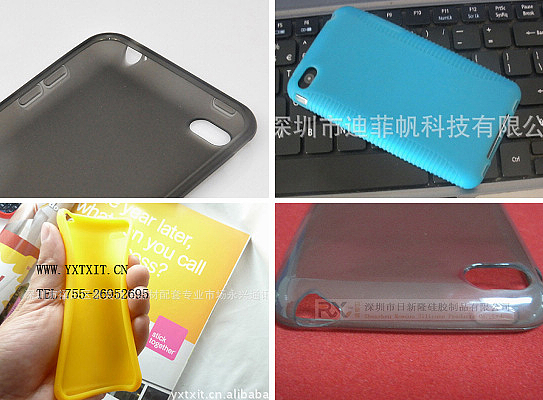 Do these iPhone 5 cases show what the next iPhone will look like?

We’ve seen several iPhone cases before, which have led to mockups, and until Apple announces something or we find the missing iPhone, cases are about the best info we have.

I won’t go all in on these cases, but it is standard practice for case manufacturers to purchase and obtain information about Apple’s products ahead of launch in order to get their products designed, manufactured and shipped to the U.S. in time for launch. Companies take these steps in hopes that they can capitalize on early iPhone 5 sales, without telling customers they will need to wait 3 weeks for their new iPhone case. We’ve seen companies bet big on this in the past and succeed, so there is a possibility that these cases represent the general design of the iPhone 5.

M.I.C. Gadget describes the cases as being designed for a device as thin as an iPod Touch, being wider and longer as well as a slightly tapered back. If that sound familiar, it’s because there have been several mock ups that look like this.

Who knows if this is legit, or if it’s an example of case makers relying on an artist rendering.