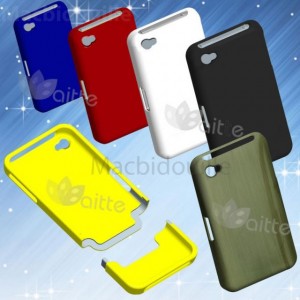 Leaked case designs for what is said to be for the iPhone 5 suggests that Apple’s unannounced next-generation flagship smartphone will be a modest upgrade from the iPhone 4. The cases show contours and curves that appear to match the exterior design aesthetics of the iPhone 4 indicating that if the leaked cases are real and Apple maintains the iPhone 5’s design at release, the iOS device will retain the form factor and design for another generation.

In the past, with the design of the iPhone 3G, Apple had kept that industrial design for two generations, or two years, before switching to the iPhone 4’s radical re-design with glass front and rear plates and the controversial stainless steel band around the sides that did dual-purpose as an antenna. The iPhone 3G’s design was used again on the iPhone 3GS.

As AT&T only offers customers the option to purchase an iPhone with a two-year contract, keeping the same or similar iPhone design would help Apple to appease customers who are locked into their contract and cannot upgrade. In contrast, Verizon Wireless, the other iPhone provider in the U.S. gives customers the option to buy the phone with a 1-year contract for slightly more money and a contract-free iPhone as an expensive option.

Additionally given that the white model of the iPhone 4–promised still to be coming this Spring–is still unreleased, it will be a very short-lived model for those who adopt it just before Apple unveils the iPhone 5.

The iPhone-maker has historically launched new versions of the iPhone in early summer and if history is an indicator, we can expect to be able to buy the iPhone 5 in June/July.

Though Asian case manufacturers may not be a reliable source for iPhone gossip, many cases leaked from Asia have presented the Internet community with the general scope and design of Apple’s iPad 2 prior to the device’s announcement.