The iPhone 5s is exactly the same size as the iPhone 5, but not all iPhone 5 cases will work with the slightly redesigned iPhone 5s.

Apple added one new feature that limits the iPhone 5 case options users can put on the iPhone 5s and retain full functionality — a fingerprint sensor.

The iPhone 5s fingerprint sensor, called Touch ID by Apple, is a new security feature that scans the owner’s fingerprints to unlock the iPhone instead of entering a PIN or an Apple ID password. 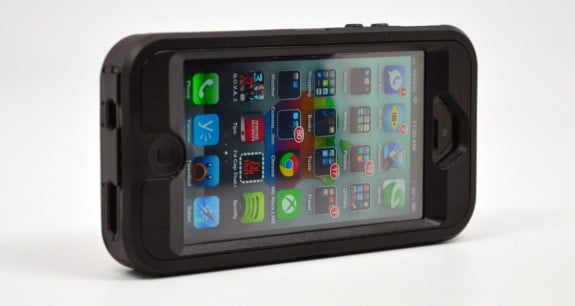 This OtterBox iPhone 5 case will not work fully as an iPhone 5s case.

Right now the iPhone 5s Touch ID feature only works to unlock the iPhone 5s and to enter an Apple ID password for Apple purchases, and it is not compatible with third-party iPhone apps. While Touch ID is not mandatory, it is a key iPhone 5s feature that we think many users will enjoy. 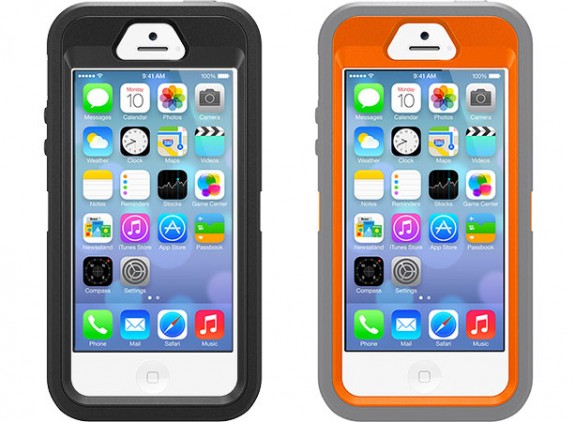 If there is a layer of plastic or rubber over the iPhone 5s home button it may interfere with the Sapphire glass cover that helps focus the fingerprint for the built-in Touch ID sensor. Apple claims the new Touch ID sensor can read all of your fingerprints at any orientation thanks to the software and hardware combination, so it’s possible even cases with a clear thin cover here could pose a problem.

We are already seeing rugged case makers respond with redesigned iPhone 5s cases. The new OtterBox iPhone 5s cases no longer uses a rubber cover over the iPhone home button. There is still a built-in screen protector, which we hope OtterBox is able to quickly test with the Touch ID sensor.