The only fun part about waiting for the iPhone 5 release date is looking at all the amazing iPhone 5 concepts.

We’ve already looked at countless iPhone 5 mock ups and concepts, but this iPhone 5 concept by 17-year-old Dakota Adney is easily one of the best.

Apple has no way of releasing this phone for the iPhone 5, but we can all hope Apple’s working on something similar deep in the locked labs of Cupertino.

Adney’s iPhone 5 uses a transparent display, which we’ve seen on other gadgets in the past, and a laser projector capable of delivering a large keyboard when the iPhone 5 is laid down on a flat surface.

The iPhone 5 concept video shown above includes a number of app demos, including Twitter, iMessage with a laser keyboard, iBooks, the Music app, Siri and Instagram. 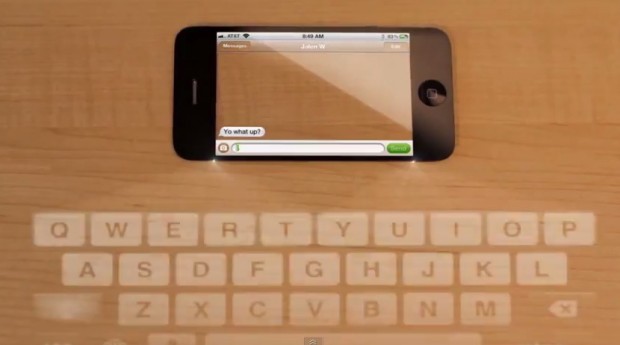 “Clearly amazing. The quad-core A5 chip delivers even more power. The laser projection keyboard liberates your thumbs. The new iClear Retina display presents sharp graphics and stunning images. iOS 6 will take your iPhone experience in an entirely new direction. And if there’s anything else you need, just ask Siri.” 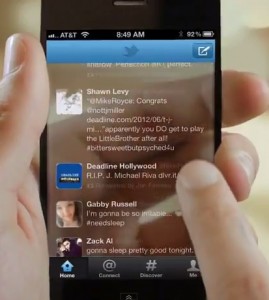 Many of us would arguably not want a transparent display, unless there was an option to control it from the rear or turn it solid when there was a busy background. Rumors say Samsung is the only company making the iPad’s retina display and a source for many other Apple displays, which means a transparent display is always a possibility. 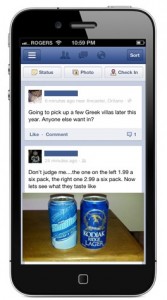 Possible look at the taller iPhone 5.

The next iPhone, which many are calling the iPhone 5 is Apple’s sixth iPhone. The iPhone 5 release date is still unannounced, but according to many analysts it will take place this fall shortly after iOS 6 launches to the public.

Insiders disagree on the exact timing, but September and October are the most likely times for an iPhone 5 release date. This lines up with the October 14th iPhone 4S release date in 2011.

One of the biggest iPhone 5 rumors is that Apple will use a taller 4-inch display with a widescreen format more like a HDTV. In typical Apple fashion there is no comment on this rumor, but we discovered that Apple is playing around with taller artwork for iPhone assets like Siri.

With the release of the iOS 6 beta at WWDC 2012 on June 11th, we know a little more about the iPhone 5. Based on new features in iOS 6, we can surmise that Apple is including 4G LTE in the iPhone 5 and that the front facing camera will see improvements. We may also see a display more suited for use outdoors and a more durable design.

Read: What iOS 6 Tells Us About the iPhone 5

Check out some of these new iOS 6 features in the video below.

The design of the iPhone 5 is shaping up thanks to leaked parts and schematics, as well as the insights of analysts who know sources deep inside the Apple supply chain. These leaks point towards a thinner, taller iPhone 5, one that might look like this video made from TechnoBuffalo renders of the iPhone 5 leaks.

While the new Android smartphones with larger screens are tempting, it is unlikely that many iPhone owners will switch just because the iPhone 5 release date is four months away. Most iPhone users have spent a large amount of money on apps, music, movies and books that can’t transfer to Android easily or at all.