On a few AT&T iPhone 5 devices that I’ve seen throughout Northern and Southern California from friends who have ordered and received their latest Apple smartphone, it appears that the new device has a hard time hanging onto 4G LTE coverage on AT&T’s network. While Apple had touted a new chip that combined 2G/3G/4G LTE on a single chipset in a new design that helps the iPhone 5 conserve space, it’s unclear if that may be the reason why 4G LTE reception has been spotty on the new smartphone. In the same areas and under the same tests against 4G LTE Android devices on AT&T’s network, like the Samsung Galaxy S III and the HTC One X, it appears that the iPhone 5 has a more difficult time staying on 4G LTE coveragle the Android phones remained on LTE the whole time. 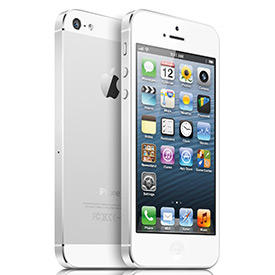 Tests were done in San Francisco, California; San Jose, CA; Los Angeles, CA; Oakland, CA; and San Diego, CA and the results on 10 different iPhones were the same. It’s unclear at this early point if the results would be similar on Sprint’s and Verizon’s network, but at least on AT&T, the iPhone 5 constantly switched between 4G LTE, 4G HSPA+, 3G, and 2G EDGE connections. The tests were conducted in areas where AT&T has promoted 4G LTE coverage and the coverage is existent on Android devices.

Devices running the Android OS such as the Galaxy S III and the HTC One X did not exhibit the same behavior as the iPhone 5.

If you’ve had issues with maintaining a strong 4G LTE signal on the new iPhone 5, please chime in and let us know your experiences. In the meantime, you can see the speedtests that we’ve conducted between AT&T 4G LTE and Verizon 4G LTE in San Francisco, CA.