Last week, Apple rolled out its brand new iOS 8.1.3 update for iPhone, iPad and iPod touch. The company’s new iOS 8 update is a fix update that tackles lingering iOS 8 problems. Over the past five days, we’ve spent some quality time with Apple’s new software and today we want to share our full iPhone 5 iOS 8.1.3 review.

Since the iOS 8 release in September, Apple’s released six bug fix updates aimed at getting rid of the problems that iPhone and iPad users have been experiencing in the months since its arrival. Slowly but surely, Apple’s been able to tame some of the bigger issues impacting the iPhone and iPad though there’s still work to be done.

Last Tuesday, Apple unveiled its sixth iOS 8 bug fix update. The update, iOS 8.1.3, is a rather large iOS update in that it checks in at well over 200MB for some versions of the iPhone and iPad. The iOS 8.1.3 change log notes several different bug fixes including one that will allow iPhone and iPad users to install iOS updates Over-the-Air without needing a ton of free space. It also comes with an assortment of enhancements and fixes.

iOS 8.1.3 is an incremental update though, as many iPhone and iPad users know, even the smallest iOS updates can have a huge impact on the performance of a device. Often, that impact is positive. Other times it’s negative. iOS 8.1.3 appears to offer a bit of both to iPhone and iPad users. We’ve gotten a ton of positive feedback but we’ve also heard about iOS 8.1.3 problems as well.

With those in mind, I’ve been taking a look at Apple’s iOS 8.1.3 update on a number of devices including the iPhone 5, Apple’s former flagship. Today, I want to offer some feedback to those that might be leery of the update and to those that are already on iOS 8.1.3. This is my full iOS 8.1.3 on iPhone 5 review and it will attempt to answer the question that we’ve received many times over in the past week: Is iOS 8.1.3 worth installing on the iPhone 5? Let’s find out.

From Tuesday up until today, I’ve spent a ton of time with iOS 8.1.3 on iPhone 5. I’ve owned the iPhone 5 since it came out and I continue to use it as my backup smartphone. Before getting into this detailed review and my impressions, I should note that mileage is going to vary from device to device, person to person.

That is to say, I probably don’t have the same apps installed and there’s a chance that I use Google Chrome, play more games, and use my home screen more than you do. So, consider this a general guide as you try to decide whether iOS 8.1.3 is worth installing on your iPhone 5.

I have around 50 applications on my iPhone 5. Over the past week, I’ve been using all of them as much as humanly possible to report back issues and bugs. Not just for you iPhone 5 users but for developers as well. Other than a few Google Chrome crashes and one Twitter app crash, my app experience has been very stable with iOS 8.1.3 on board. In other words, nothings changed from when the device had iOS 8.1.2 installed.

My key, core applications which include Asana, Slack, Dark Sky, Google Hangouts, Instagram, and Google Maps are all working fine after shifting to Apple’s latest update. All of them open in a timely manner and I haven’t seen any significant issues pop up in the past week. They’re all running beautifully on the iPhone 5.

This doesn’t come as much of a surprise given that my app experience has been pretty stable since September when Apple first rolled out the iOS 8 update. I’ve seen some crashes, sure, but I saw apps crash when I first bought the iPhone 5 back in 2012. The nice thing is that these crashes are very, very sporadic and random.

I obviously don’t have the same exact iPhone 5 applications that you do, that would be weird, and it would be next to impossible for me to test and report back on every single application. What I can tell you though is that I haven’t run into any major problems with any of the apps on board my aging iPhone 5. Not bad for a phone that’s now two years old.

If you are experiencing problems with an application, try updating it with the latest bug fixes. I keep my apps up to date and I have automatic updates on so I don’t even have to think about it. If that doesn’t work, try reinstalling the problem application. This has worked for me in the past and it’s definitely something worth trying if one or more of your apps don’t agree with iOS 8.1.3. If that doesn’t work, contact the developer.

Believe it or not, battery life on the iPhone 5 remains excellent after the move to the iOS 8.1.3 update. I wasn’t seeing any weird battery issues on iOS 8.1.2 either. This might come as a bit of a surprise to some people, this is an old phone, but it doesn’t come as much of as surprise to me. I haven’t seen any serious issues, at all, in the past two years.

After using the iPhone 5 and iOS 8.1.3 for six days, I’ve yet to come across any abnormal drain. I can’t say that I’ve seen any improvements, iOS 8 has been great, but I’m still going to chalk this up as a small victory. It’s also worth noting that the feedback I’ve been seeing has been positive for the most part. iOS 8.1.3 seems to be treating other users very well.

As I’ve pointed out many times, there are a lot of factors that play into iPhone battery life. Habits, apps, settings. If you’re experiencing battery troubles on iOS 8.1.3 or below, my guess is that one of those things is responsible for the drain, not the iOS update itself. My advice is to take a look at our iOS 8.1.3 battery life tips and to really start monitoring your usage.

iPhone users are starting to complain about iOS 8.1.3 problems and many of those issues pertain to Wi-Fi and Bluetooth. These functions have been problematic for many users (myself included) over the years though I’m not seeing any change from iOS 8.1.2 to iOS 8.1.3.

Wi-Fi is still very fast on the iPhone 5. I’ve tested it on several different routers including Belkin and NetGear devices and I haven’t run into any problems. The iPhone 5 is still able to hold a connection and the download and upload speeds are still fine.

Same goes for Bluetooth. I’ve paired the iPhone 5 up with a number of Bluetooth devices including the Bose SoundLink Mini and I haven’t had any problems. That’s important because I use my Bluetooth speakers a lot. I haven’t seen any issues with AT&T’s 4G LTE network either. Still get the same great speeds I got two years ago when I first bought the iPhone 5.

If you’re having problems with any of these, consult our list of fixes for iOS 8.1.3 problems. They could help you alleviate any problems you’re just now noticing on the iPhone 5.

It’s a little odd but I’ve actually seen more problems on the iPhone 6. iOS 8 on the iPhone 5 has been relatively bug free and the few bugs I have seen have been squashed by Apple’s incessant iOS 8 bug fix releases. Knock on wood.

So far, iOS 8.1.3 has been very stable. I haven’t encountered any large issues, these typically jump out after spending a full week with the software, and I haven’t encountered any smaller bugs or issues. Smaller bugs are far more difficult to spot so there’s a chance that something will pop up as we move away from the iOS 8.1.3 release. I’m pretty confident though given my experience with iOS 8.1.2 and below. 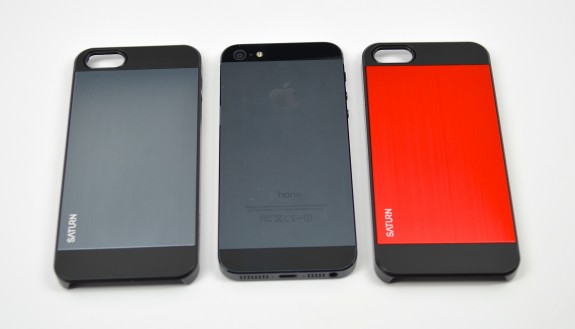 I’m fully aware of the calendar bug that’s plaguing some users and I’ve spoken to several iPhone 5 users who have encountered an issue where the battery percentage jumps. I’ve noticed the battery jump issue on the iPhone 6 but for whatever reason I can’t replicate it on the iPhone 5.

There is still the occasional slowdown, not surprising given the device’s age, but the software feels so much more fluid with iOS 8.1.3 on board. Animations seem faster, apps open faster and so do folders. For many of you, the difference might be difficult to notice but for someone that uses their phone as much as I do, it’s very obvious.

Now the question is, will this performance last? Impossible to say but I’m hopeful. My hope is that iOS 8.2 smooths things out even more though that might just be wishful thinking.

I haven’t discovered any major problems and it has improved the overall speed of the software on my iPhone 5. So if you’re dealing with performance issues or unfixable issues with iOS 8, my suggestion is to give it a shot. Remember, you can always downgrade to iOS 8.1.2. Well, at least for the moment.

If you’re not dealing with any problems or if you want to jailbreak, stay on whatever you’re on until you’ve done your homework and gathered feedback. There really is no rush. This is a small update and there’s a much larger iOS 8.2 update on the way. There’s no pressure to install it.