Just when we think we now everything about the iPhone 5 a new rumor comes out that seems to contradict other reports and add details about a new feature.

This latest rumor says the new dock connector has less pins and iOS 6 will have some interesting Bluetooth features when paired with an iPod or an iPad.

According to iLounge, the iPhone 5’s dock connector will actually have 8 pins instead of 19. According to the site, the smaller port we’ve seen on the iPhone 5 leaks won’t fit the number of pins. There’s also a possibility that Apple’s new connector will have MagSafe as a way to help convince users the new port is a step up from the current one.

Another possibility for the new dock connector is the ability to plug in the cable in two orientations, just like the MagSafe adapter on MacBooks. Apple will inevitably come out with some sort of adapter to make current 30-pin accessories work with the possible 8-pin dock connector. 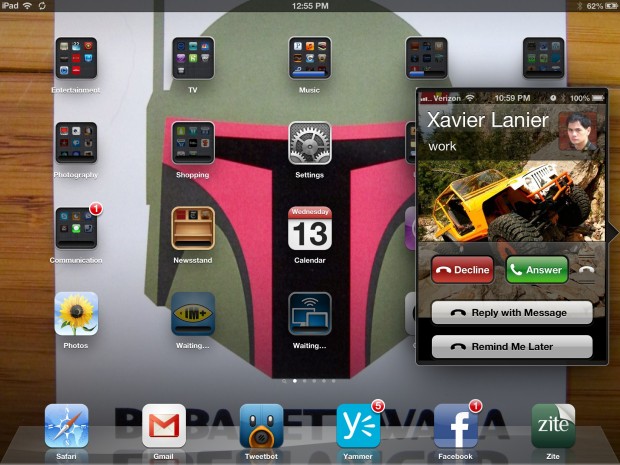 The iPhone 5 and iOS 6 could bring the iPhone to the iPad.

The other iLounge rumor says iOS 6 will have special features that use Bluetooth 4.0 and Bluetooth MAP. The new OS could have some sort of software that uses Bluetooth to bring iPhone features to other Apple devices.

There’s also a possibility that Apple could use this feature to let users place calls from the iPod nano through the iPhone. This feature could even come to the iPad and more recent Macs that support Bluetooth 4.0. It sounds like a great idea, and we hope it’s true. The feature might effectively kill the Pebble if Apple keeps the same iPod nano form factor. That’s sad for those users who are waiting for the smart watch to ship, but great news to those of us who waited.