Yesterday, we got wind of some evidence that pointed to a possible iPhone 5 launch in October which was in line with a previous report that stated that the next-generation iPhone would be hitting shelves in October and not September as was widely reported.

And now, today, we have some rumored dates courtesy of 9to5Mac who reports Apple will start offering iPhone 5 pre-orders on September 30th ahead of a launch on October 7th.

That October 7th release date was first reported by TiPB and seems to be gaining steam. Neither of these dates appear to be finalized though. October 7th is the date that Cupertino is targeting, meaning it could change, and September 30th is apparently one of the dates that Apple is tossing around. 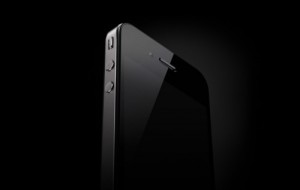 It appears that September 29th and September 30th are the leading candidates for pre-orders to begin with the 29th falling on a Thursday and the 30th taking place on a Friday. The 30th apparently is the front-runner at this point.

Of course, these dates are subject to change but at this point, it appears that these are the dates to circle in pencil on your calenders. As for the phone itself, things are still murky. 4G LTE iPhone rumors have heated up again and 9to5Mac suggests that there could be two iPhone models arriving in October.

Translation: No one but Apple knows anything for sure.