The iPhone 5 will go up for pre-order on September 14th and those looking to order the iPhone 5 early will be able to do so through Apple, AT&T, Sprint and most likely, Verizon.

AT&T and Sprint announced that they will be taking pre-orders on Friday with Sprint claiming that it will start taking iPhone 5 pre-orders at 12:01am PST. That means those on the East Coast of the United States will be able to pre-order the iPhone 5 through Sprint at 3am.

AT&T tells us that it doesn’t have pre-order timing to share just yet and Verizon Wireless has not made its plans known. We assume that both carriers will follow Sprint’s lead and offer it starting at midnight on Friday. 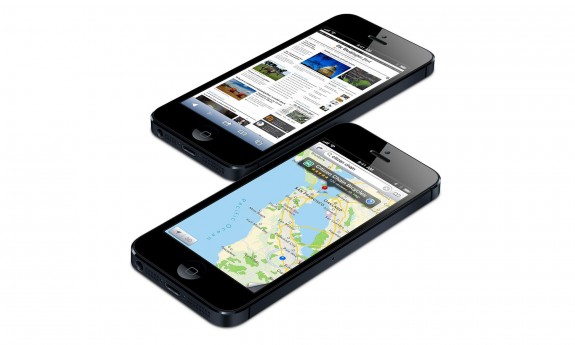 The Verizon iPhone 5 connects to 4G LTE in more cities.

Apple did not disclose a pre-order time either but we assume that pre-orders will begin through the Apple Store at midnight on Friday as well.

All three carriers will more than likely be carrying all three models once pre-orders begin on Friday which means the cheapest iPhone 5 model will be the 16GB variant while the most expensive will be the $399.99 64GB iPhone 5.

The iPhone 5 32GB will cost $299.99. All of those will come on-contract. Apple will also be offering the iPhone 5 off-contract though those prices are much more expensive, starting at $649.99.

Apple today announced that the iPhone 5 will be released on September 21st and will run on the 4G LTE networks for AT&T, Sprint and Verizon Wireless.