At the Consumer Electronics Show, Concept 101 was showing off some accessories that it was working together in partnership with U.S. carrier giant AT&T.

One such case was an iPhone 5 hard case that integrates a thermal printer.

The idea is not dissimilar to old Polaroid cameras of yore in that it allows you quickly snap a photograph and then share the physical print with your friends and family. 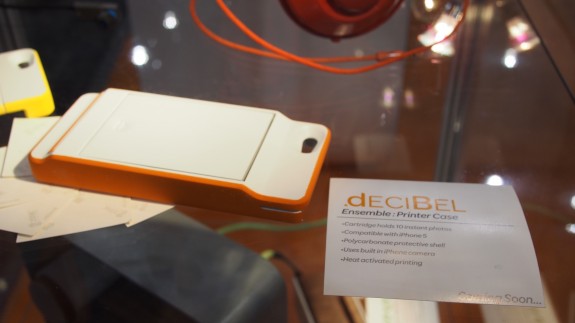 The case would connect to the iPhone 5 using the Lightning connector at the bottom. The printer uses thermal paper, so it actually doesn’t use ink itself. The ink is embedded into the paper and the printing process uses heat to ‘develop’ the paper. This idea is similar to photo printers that Polaroid is marketing under its Zink line. As the case and the printer connects using the iPhone’s Lightning connector, a wireless or Bluetooth connection isn’t really required. 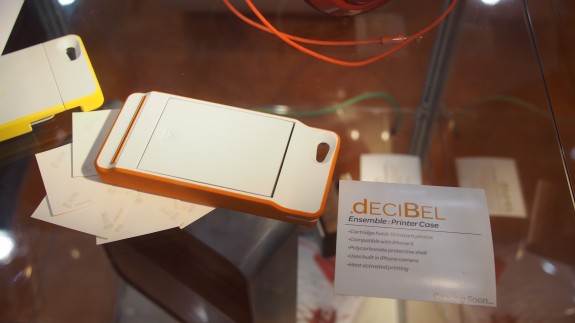 Though many users snap more pictures now thanks to the rising adoption of smartphones and continuously improving cameras and camera technology on mobile devices, users rarely print photos and share them anymore. This case makes it fun and easy to share printed photos again, and you do get instant gratification as you can print instantly. 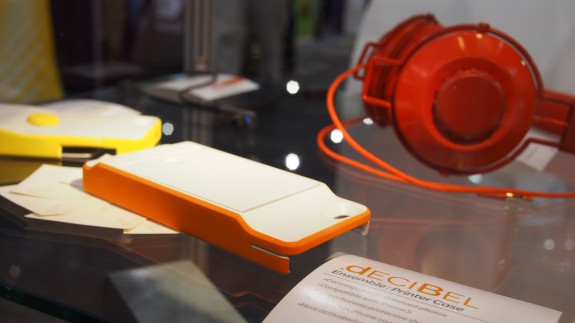 Unfortunately, we weren’t able to test out the case as Concept 101 says that it is still a prototype at this time. The case, however, does add a little bit of thickness to the iPhone, but it’s still relatively slim considering you’re getting a photo printer integrated into it.

In my experiences with Polaroid’s Zink photo printer, the resulting print does the job, but it’s not something that’s really detailed or high resolution–for that, you’ll want to probably use a regular printer or go to a photo kiosk and get those photos printed. The package is a great solution for a party.

The case is expected to launch in the second half of the year, though availability and pricing is not announced. We expect the case to cost somewhere between $100 and $200 and you would need to use special paper.