While some Apple watchers held hope for an iPhone 5 release date announcement at the WWDC 2012 keynote, Apple chose to tell the world about new MacBook Pro models and amazing iOS 6 features.

Our best guess is that Apple will ship the new iPhone sometime in October.

A fall iPhone 5 release mirrors last year’s iPhone 4S announcement which abandoned the Summer WWDC announcement and release cycle for a the fall.

The lack of a summer iPhone 5 release date isn’t a shock, even if it disappoints iPhone owners waiting to upgrade from the iPhone 4 and the iPhone 3GS, to get the best features Apple has to offer. 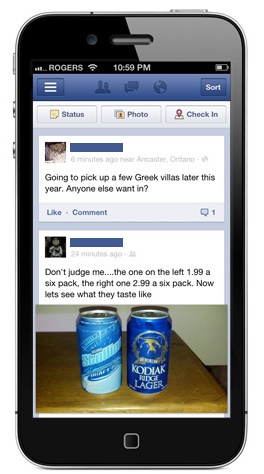 The average smartphone user doesn’t care about the specs of the latest Android smartphone, certainly not enough to abandon an OS they know over waiting four months.

Geeks care about specs, complaining about the lack of a 4G LTE iPhone and a dual core processor, but geeks are the minority. Even then, I’m willing to wager there are plenty of geeks who won’t mind waiting four months either. Especially with the prospect of a faster iPhone 5 with 4G LTE connectivity.

The iPhone isn’t about specs, it’s about a user experience that is difficult for Android to duplicate and compete with thanks to developer support, third-party accessories and partners who develop cool gadgets that work with iPhone first, and focus on Android later.

The longer you use a mobile OS, the more you’re invested in it. Not only is there a learning curve to switch to a new operating system, there’s a financial burden after the phone purchase.

Many iPhone owners have hundreds of dollars worth of apps, music, movies and accessories for the iPhone. I spent over $250 in the iPhone app store in 2011, and even casual users can spend $100 in apps over the course of a year.

It’s possible to move iTunes purchased music to an Android device, but the average user won’t bother converting and breaking the DRM on iTunes movie purchases, and forget about iBooks.

The success of the iPad also helps lock users into a wait for the iPhone 5. Many iPhone apps also work on the iPad with a single purchase. Android tablets are improving, especially with the well designed Toshiba Excite 13, but the Android tablet app experience doesn’t yet offer this same attraction.

Apple also enjoys some protection thanks to America’s addition to cell phone contracts. Anyone who bought the iPhone 4S is still locked down until Fall 2013. Users who own an iPhone 3GS may have passed on the iPhone 4S, and aren’t likely to give up after waiting this long out of contract.

The users least likely to wait for the iPhone 5 release in October are AT&T iPhone 4 owners who will come out of contract in late June.

The latest iPhone 5 rumors point to a release in October, though some analysts still believe Apple could announce and launch the iPhone 5 in September. The iPhone 5, as many are widely calling the next iPhone, is actually the sixth iPhone, and will most likely deliver a new design and new features to iPhone users.

The video above uses leaked iPhone 5 parts, schematics and rumors to show what the iPhone 5 might look like.

The iPhone 5 might be the first iPhone to use a larger display. Since the introduction of the iPhone in 2007, Apple has only offered a 3.5-inch screen. While Apple has updated the display with Retina Display resolution, the size remains the same. This hasn’t hurt Apple much, but consumers are warming to larger screens, like the Samsung Galaxy Note, Galaxy S III, HTC One X and HTC EVO 4G LTE.

Read: Why I Bought the Samsung Galaxy Note

Apple showed off many iOS 6 features at WWDC, many of which only work on the iPhone 4S, but Apple hasn’t shared ever y iOS 6 feature yet. Last year at WWDC Apple did not announce Siri, waiting for the fall. We expect to see one new iOS 6 feature exclusive the new iPhone revealed during the iPhone 5 announcement this fall.