In the latest installment of “The iPhone 5 is Coming Soon,” we have news that the iPhone 5 has been sent to wireless carriers for field testing. This is typically one of the last stages of a new release, and is in line with other rumors we have heard of a September or October launch.

The British newspaper’s blog post states that “sources tell me that the boxes in which the new iPhone hardware is encased have been transported to carriers for testing.”

Apple will typically spend months testing a new product internally before any non-Apple employees can get anywhere near it. After Apple’s testing is completed, the iPhone is handed over to the carriers to do their own (super-secret) testing. They will then have some time with the phone to make sure everything is ship-shape before it launches to the public. 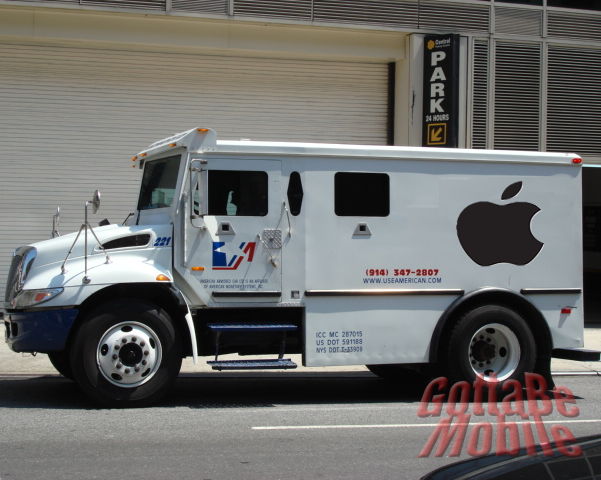 As Apple is one of the most secretive companies in history, none of this is taken lightly. Aside from a famous exception involving a drunk Apple employee, they take extreme precautions to make sure the outside world sees nothing and hears nothing.

One of the methods used by Apple to safeguard their unreleased product is by wrapping the phone in a case that makes it less obvious that it’s a new iPhone. In the aforementioned Gray Powell incident, the prototype iPhone 4 was in a case that made it look similar to an iPhone 3GS. Had he not left his iPhone 4 on a bar stool, anyone around him wouldn’t likely have immediately said “Hey – it’s the new iPhone!”

So here we are in August, with news that those iPhone 5 prototypes – clad in those stealth cases – have been delivered to the carriers. It sounds like everything is right on schedule.

So don’t go doing something stupid like buying an iPhone 4 now.